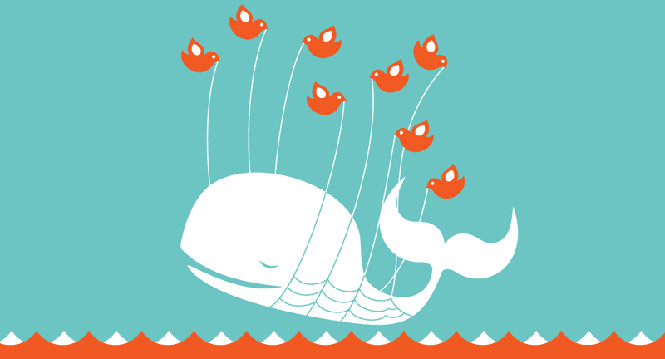 Update: Twitter returned to fully-operational status at about 9:30am Pacific time, after about 45 minutes offline.

Twitter is down right now — hard down. The site is unresponsive, and DownForEveryoneOrJustMe says it’s down for you as well as Yours Truly. In addition, any web address shorteners based on Twitter are down as well, so any t.co links you click on will not work.

Visiting the site a few minutes ago I received nothing, but now I’m seeing this: 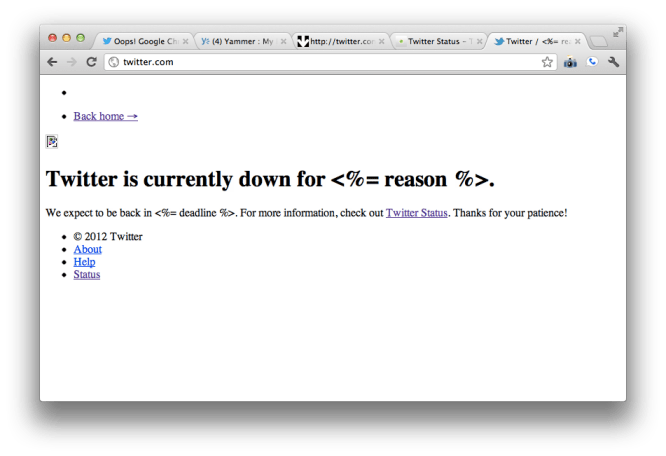 Above: Now that is down, and down hard. A little embarrassing?

Thanks for getting in touch. We’re aware of the issue and are looking into it. Will let you know when we have an update. And keep an eye on status.twitter.com for updates as well.

A few weeks ago, a number of us in the VentureBeat office were wondering what a Twitter outage costs the economy. After all, Twitter is a big part of our economic life: With over half a billion members, Twitter is huge and still growing.

News outlets, retailers, and companies of all kinds depend on the service to promote their businesses.

So we asked an analyst, Ray Wang at Constellation Research. According to Wang, the economy could be losing as much as $25 million per minute of Twitter outage.

Here are his assumptions:

So according to the Twitter status update on the site issued … 40 minutes ago … this current outage may have cost the economy $1 billion already.

A couple of caveats:

This is a scribble-on-the-back-of-the-envelope calculation. And work that is not done this very minute on Twitter, or sales that don’t happen right now because you didn’t get that tweet about the big sale, may very well happen tomorrow. Or as soon as Twitter pops back up.

In addition, although I think the “blended rate” amount takes into consideration wages and benefits, most people are NOT making $125,000 per year. So that might need to be sliced in half, or more.

But massive communication utility outages certainly result in real economic loss — even if it’s not $25 million a minute.