Uh-oh. This one really doesn’t look good. In fact, the optics are about as bad as they can get.

As Henry Blodget points out, Zynga insiders, including chief executive Marc Pincus, cashed out in April, selling 43 million shares for over $516 million in a secondary stock offering. Pincus himself raked in about $200 million of that total, according to Blodget’s report. All of the proceeds went to the stock holders, not the company.

Yesterday, results for the past three months were announced: earnings of precisely one skinny American penny for each of Zynga’s 736 million shares, driving Zynga’s stock price sharply downward.

Besides Pincus, other Zynga employees who cashed out include Zynga’s chief operating officer John Schappert and chief financial officer David Wehner. Investors who took the opportunity to sell include LinkedIn’s Reid Hoffman, Google, and four venture capital firms including Fred Wilson’s Union Square Ventures. Each of them sold over 300,000 shares at an average price of $12 per share. 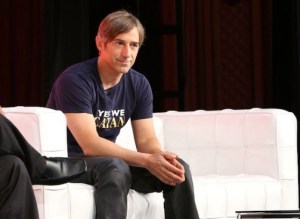 That netted all of these insiders a nice chunk more than anyone who sold at today’s price: just over $3.

There’s no indication of insider trading or improper behavior. Zynga blamed the blown quarter on a number of things that happened quickly: delay of The Ville game, Facebook changes that hurt engagement with older games, and Draw Something’s spectacular implosion.

But the optics look bad. And they look double plus ungood if you happen to be a Zynga investor with stock that has shed 80 percent of its value in a single year, coming down from a high of over $16 per share.

Good thing that all of the sellers, including Marc Pincus, only sold “a fraction of their holdings,” according to Blodget, so all of them remain well-vested in the company’s future.