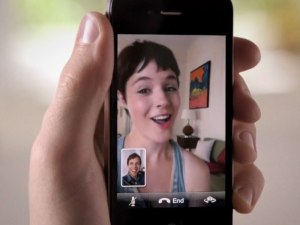 Adding video chat features to mobile apps just got a little bit easier with a new release from startup TokBox.

Here’s the deal: Developers can now use TokBox’s open chat tools to add FaceTime-like capabilities to iOS apps using web languages you already know — HTML, CSS, and JavaScript. The magic is accomplished via new plugins for Titanium (from Appcelerator) and PhoneGap. The Titanium plugin is available now in the Appcelerator marketplace.

TokBox has been a champion for live video chat as a feature rather than a standalone app. Earlier this year, the TokBox team rolled out its OpenTok iOS SDK. With the new plugins, the startup is trying to bring the same functionality to a wider audience of developers, including web devs who are looking for workarounds to get into mobile development.

“In an increasingly mobile world, platforms such as Titanium and PhoneGap are critical for the rapid development of mobile apps,” said TokBox CEO Ian Small.

“Tools such as video chat, which are becoming the norm online, have been slower to deploy on mobile because of the programming language barrier. Now, if you are a developer with web skills, you can build video chat into a native app without needing to learn Objective-C.”

TokBox was founded in 2007 and in based in San Francisco, Calif. The startup has taken a total of $26 million in venture capital in three rounds since 2008; investors include Sequoia Capital and Bain Capital Ventures.