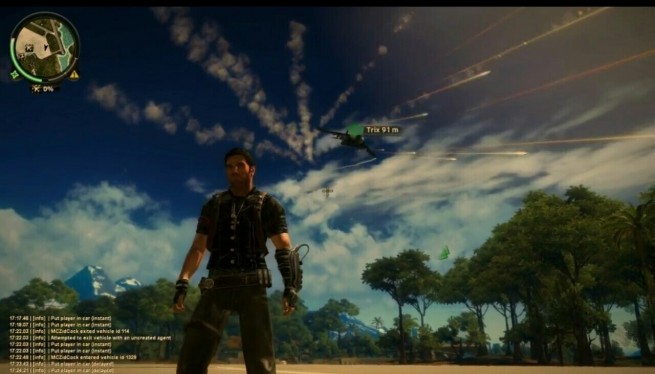 Just Cause 2, the open-world game with a serious disrespect for physics, is getting a mod that will allow for a huge number of users to shoot, grapple hook, and run over one another in multiplayer. The JC2-MP dev hasn’t released the mod yet, but the team is holding an open beta right now. If you have Just Cause 2 installed on your PC (you can get it for $5 on Impulse), just head to JC-MP.com to download the client. The test has space for 5,000 players.

Square Enix subsidiary Eidos published Just Cause 2 in early 2010. A group of intrepid fans gathered at that time to build a multiplayer component into the vehicle-stealing, action-hero simulator. But after bumping into a few major technical hurdles, the team abandoned their work.

In June, the mod developer announced that it had reconvened and overcome the original difficulties in building a massively multiplayer mod for Just Cause 2.

Up until this weekend, the team’s biggest multiplayer test featured 1,000 simultaneous players on one server. When the mod is finished, the dev will release the server code as well as the game code.

The JC2-MP mod does not have an official release date.