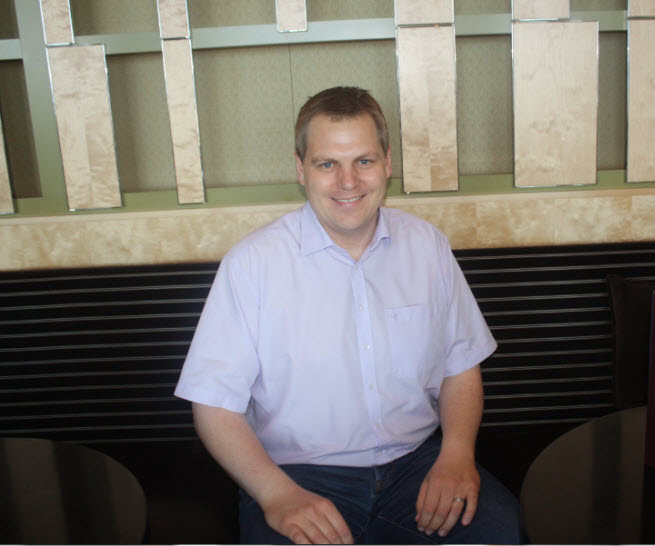 Wooga (pronounced “voo-ga”) came out of nowhere as a major force in social games. Now we’ll see if the company can reproduce some of that magic in mobile games. This crossover strategy is the same kind of move that rivals like Zynga and King.com are making. Those who execute this transition strategy well will be on the top of the game industry, and those who fail…. We won’t say, but Wooga’s chief executive, Jens Begemann (pictured), has plenty to talk about.

He cofounded the Berlin, Germany-based company in 2009 with Philipp Moeser and Patrick Paulisch with the goal of making games for everyone. Now it’s the fourth-largest social game publisher on Facebook, with more than 38.6 million monthly active users according to AppData.

The company has created addictive, simple, and high-quality games, such as Bubble Island, Brain Buddies, Monster World, Happy Hospital, Magic Land, and Diamond Dash. With that portfolio, the developer has grown to more than 200 employees and raised $24 million in venture capital. The company’s mobile version of Diamond Dash alone has had more than 20 million downloads.

We caught up with Begemann at the Casual Connect game conference in Seattle. Here’s an edited transcript of our interview. 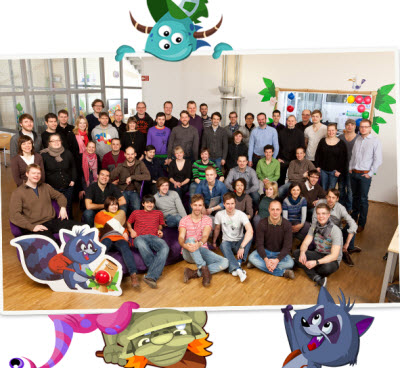 GamesBeat: How would you describe the last year and the games you have made?

Jens Begemann: A year ago, we decided that mobile would be a very, very important part of our strategy, and that in addition to the PC games on Facebook, we should also try to make mobile games social. Because I think if you look at the biggest successes on mobile — the biggest mobile games — they all have been single-player, even though these devices are really communication devices. We believe all mobile games should be social. So one year ago, we started investing a lot. Now we’re a bit over 200 employees, and half of them work on mobile games. We made quite a big shift. We continue to invest in our PC games on Facebook, but mobile is extremely important to us now.

GamesBeat: Is the mobile game market catching up with the level of Facebook interaction, in terms of the number of mobile game users or how much they play games?

Begemann: Facebook is now so huge that virtually everybody uses it on their PC. There are very few people left who don’t. On mobile and smartphones, and especially on tablets, we see a super-strong growth in users. While on Facebook, revenues are still growing, but user numbers not so much. [The number of] Facebook users on mobile is growing insanely. That’s what we try to take advantage of: more and more mobile users using Facebook to be social on mobile.

GamesBeat: Did a lot of your mobile activity also coincide with Facebook growing on mobile?

Begemann: We don’t have exact data on the usage of Facebook’s mobile app. There is some public information, but we don’t know the exact details on that. We feel that the growth we have is because there are more devices. Facebook on mobile is growing. People want social games on mobile. That’s what we do now.

GamesBeat: There were some interesting comments recently. At E3, Naoki Aoyagi from Gree International said that this whole mobile game dominance would be settled in the next 18 months or so. That’s why they’ve decided they want to spend so much money now. Mark Pincus responded to that and said, “I don’t think the market is quite ready because there’s so much more scale on Facebook.” You launch something, and pretty regularly they can make it to 10 million users in 90 days. If you invest, say, 10 million bucks, you can expect to get 50 million dollars in return. He says that they’re still waiting for that return rate to enable that on mobile. You may invest in mobile now, but you’re not going to get that return rate. It’s an interesting contrast.

Begemann: We’re extremely happy. Diamond Dash, which we launched in December for iPhone and iPad, went way beyond our expectations. We had 20 million downloads without spending money on advertising. That was all organic, but still millions of downloads every month and way beyond our expectations. I think what helped there was that the game is really cross-platform, right? In the morning you can play on the iPhone. At your lunch break you can play on your PC, and in the evening on your iPad. It takes your account from device to device. And you compete with your friends. That’s also extremely important. It’s a social game. On these devices — on the Android, like the Galaxy S3 and the Nexus 7 — it’s coming…in a few months. We’re still in development. But we’re excited to be on more platforms.

GamesBeat: Where do you think the line is right now for you as far as investing in mobile versus not trying to go too far ahead of the market?

Begemann: For us today, the importance is equal. We continue to hire super-fast; we grow by at least two employees every week. Half of them work on games for Facebook and Flash games for Facebook on the PC, and half on mobile. So for us it’s really 50/50. I can’t speak for others, but for us they have equal importance. I think that will also be reflected in user numbers and revenues very soon.