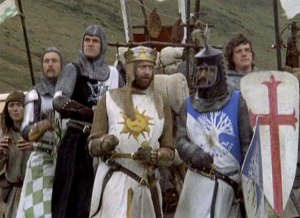 Codecademy has announced a new lineup of courses to its learn-to-code-online curriculum. This time, the site is letting learners dive into Python — a feat that took a ground-up rebuild of Codecademy’s tech on the server side.

Python has been one of the most popular and requested languages for the young service, which launched as a Y Combinator company last year. At its launch, the startup used a simple interactive web app to teach total newbies how to use JavaScript. The text entry field itself acts as your teacher, guiding you through exercises as you learn the basics of a particular technology.

Since then, Codecademy has added a slew of new courses in all kinds of languages, including jQuery classes and some popular HTML and CSS training modules. The addition of Python to the lineup is welcome, to say the least.

“Python is used by hundreds of thousands of developers. Lots of schools and classes use it as a starter language because of its clean and readable syntax,” the Codecademy team writes in a blog post on the news.

A January project variously called Labs or Creators allowed Codecademy-vetted subject matter experts to write their own lessons, and several lessons popped up for client-side Python.

“Labs has been an awesome testing ground for the technologies that we’ve built, and we discovered that much of the experimentation with client-side Ruby and Python is constantly broken by updates in browsers,” the team continues.

“Everything we’re launching today has been built from the ground up and rearchitected to run Python server-side. The infrastructure we’ve built can help us launch other server-side languages you’ve been asking for sooner than we expected.”

Want to start learning Python? You can jump into the first tracks now, which cover beginner topics such as syntax, printing strings, etc. Codecademy contributing community members are invited to create more courses, as well.

Codecademy is based in New York and has taken a total of $12.5 million in venture capital, including a sweet $10 million round just last month.