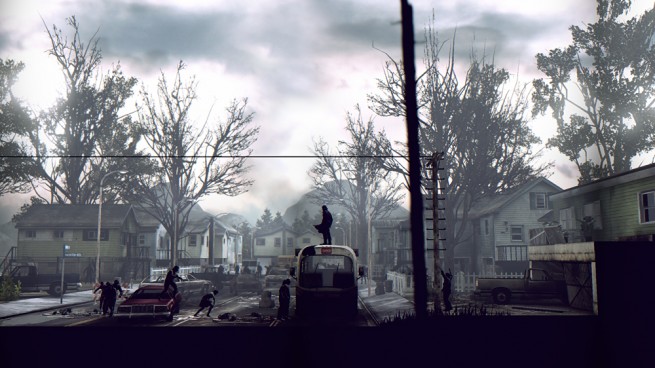 Deadlight, part of the Summer of Arcade promotion on Xbox Live, is a visual, aural, and tonal masterpiece. It uses the Unreal Engine to great effect, opening vistas behind platforms and hallways that will motivate players to explore beyond the strict, horizontal path set by the title’s left-to-right, two-dimensional style gameplay. While jarring at first, the painterly visuals of the comic-book inspired cutscenes perfectly fit the mood of the downloadable experience, bringing the miniature and silhouetted characters from the main gaming sections to light. The broad outline of the story is compelling enough, though the implementation of the plot via melodramatic dialogue falls flat. The score is tense, moody, and suspenseful, and the end-credit track is a stunning and restrained exploration of the game’s tonality as a whole.

Thematic mechanics
Avoiding zombies is an art form rarely explored in video games, and Deadlight’s focus on sparse ammunition, restricted weaponry, and a very human stamina mechanic is a welcome one.

The gameplay is compelling enough and moves from stage to stage with visual grace and charm. The running, jumping, melee, and firearm animations are smooth, fluid, and thematically constrained. Combat is an option in every section but rarely recommended. The axe, once found, can only be swung a couple of times before the scene becomes blurry, shaking at the corners. Running any distance, or hanging from a carefully chosen wire while mindless shadows gurgle below, produces the same exhaustion symptoms. Getting close to zombies is a sure way to be eaten, and the ability to try and escape by mashing on the B button produces a delightful frisson of hope and despair. 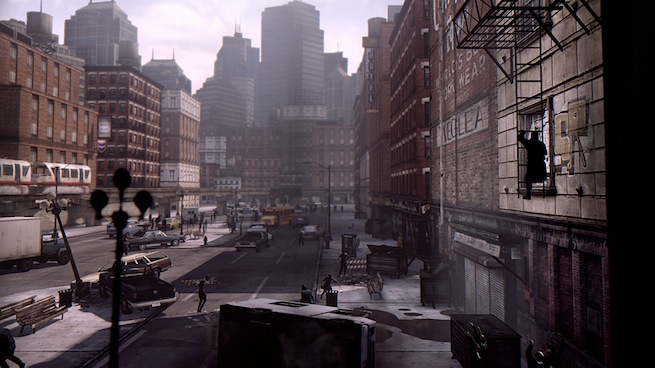 Engaging storyline
The plot line is solid if not very unique. We meet protagonist Randall Wayne in medias res, having just killed a member of his survivor group who had been bitten by the enemy. His motivation for the rest of the game is to find his wife and daughter, and he runs endlessly across the wastelands of 1986 Seattle to find them, stopping only to collect IDs of dead strangers and bits of his own diary. The hallucinatory sections, while few in number, add a richness to the story not often seen in downloadable games. The final twist ending comes as a satisfying conclusion to a well-paced tale throughout.

Beautiful scenery
The visuals are simply stunning. Each detailed scene includes moving parts, smoke, destroyed buildings, ruined factory machinery, and shambling zombies. Environments include enough cues to make puzzles feel solvable, and they — aside from two specific areas — involve only a modicum of practice to complete.

Cheesy acting and dialogue
The excessive melodrama in the writing is only exacerbated by the voiceover work. Randall Wayne’s actor turns in a particularly egregious two-dimensional performance that only hits the notes of “intense” and “very intense” in both reactions and expository internal monologue. At one point, he utters, “Darkness doesn’t exist. What we call darkness is the light we cannot see.” Wait, what?

Show, don’t tell
Just blaming the voice work would be too easy. The diary pages found across the city show a similar lack of finesse or logic. They’re not as bad as many translated-from-another-language video game text, but the writing within the diary pages isn’t interesting enough to warrant further reading. The text is full of phrases like, “A homeland that doesn’t want you when you’ve given all for her is like a father that abandons you when you’re a kid.” Is it? Is it really? 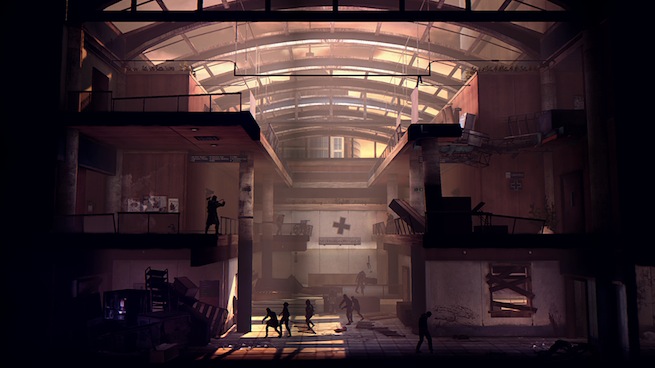 Inconsistent controls
Controlling Mr. Wayne (an unfortunate choice of name in this era of big-screen Batmen) can be a struggle at times. For the most part, getting his avatar from one end of the screen to the other is quite intuitive. That makes it all the more frustrating when the controller refuses to cooperate. Certain puzzles ask too much, requiring microscopic adjustments to the analog stick as well as a superhuman ability to see the tiniest of details. This only occurs a couple of times, but the frustration is almost a deal-breaker.

Loading screens
These types of games typically require trial and error before sussing out a solution. In other words, the player-character is going to die. A lot. Loading screens, then, should be short, if nonexistent. The checkpoints should not include excessive, over-the-top reading of purple prose. Deadlight’s post-death loading screens aren’t excessive in and of themselves — they lead to a two-or-three second delay at most — but the cumulative effect of so many of them in a row grows tiresome. Keeping the checkpoint ready to go in the background would have avoided this continual time sink. 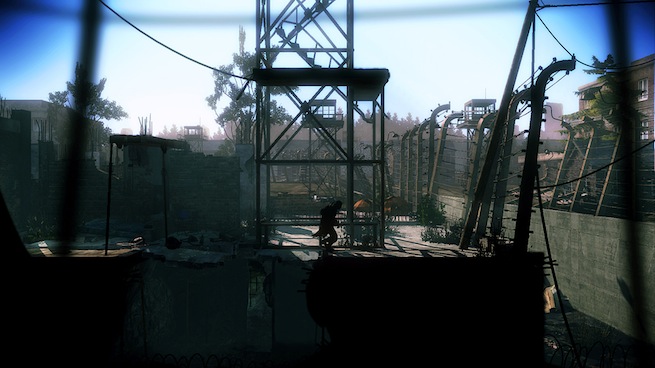 So, is Deadlight worth the time and money? Yes. The satisfaction of solving well-designed puzzles set in a visually interesting post-apocalyptic version of an alternate-history Seattle is worth it. The tone and excellent aesthetic design of the title only increases its value as a gaming piece of art. While first-time developer TequilaWorks took some missteps with the experience, the fact that this game is as good as it is while remaining available as an inexpensive download speaks volumes.

Deadlight releases on August 1, 2012 for the Xbox 360 as part of the Summer of Arcade downloadable-title promotion. The publisher provided GamesBeat with a download code for the purpose of this review.