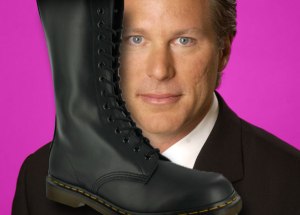 As most onlookers expected, former Yahoo interim CEO Ross Levinsohn has left the company following the onboarding of new Yahoo CEO Marissa Mayer. It was a somewhat forced resignation; Levinsohn is leaving only because Yahoo passed him up for the CEO spot.

Mayer took the job just a couple of weeks ago, leaving behind her VP position at Google to take the reins at its struggling competitor.

The onetime Yahoo CEO has plenty of experience in online media, an arena that Mayer hasn’t really stepped into yet. In fact, he was handling that aspect of Yahoo’s business so well that just days before Mayer’s new gig was announced, some were expecting Levinsohn to ditch the “interim” part of his title and remain Yahoo’s CEO indefinitely.

In similar situations, we’ve seen interim execs make gracious exits to avoid side-taking among employees or awkwardness within the company’s leadership, so we have to join All Things D‘s Kara Swisher in her total lack of surprise at Levinsohn’s departure.

For Mayer to succeed in gaining control of the struggling company and remaking it to her exacting standards, she likely needed to fully project to employees and the public alike that this is a new era for Yahoo, and the old leadership is just that — old and out.

In Levinsohn’s brief tenure at Yahoo, the company trimmed away a few dead-end products and made improvements to its most popular services such as Yahoo Mail and Flickr, as well as inking some profitable content deals with DailyMotion and Spotify.

Levinsohn was appointed CEO when Yahoo unexpectedly was forced to fire former CEO Scott Thompson, who himself had only held the position for a few months.