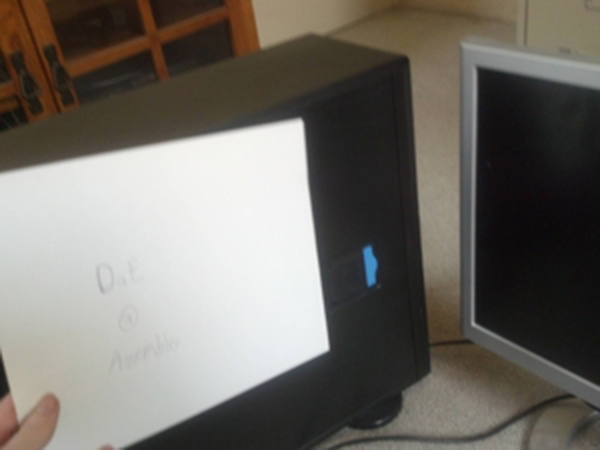 So far, we’ve had nothing but rumor and speculation to go on if we wanted information on Microsoft’s successor to the Xbox 360, called the Xbox 720 by many (the Internet is clever that way). Now, thanks to leaked pictures of a development kit, we have some real evidence that developers are working on games for Microsoft’s next console.

The source of these images, calling himself DaE, posted the pictures on the AssemblerGames forum, where he tried to sell the machine for $10,000, according to IGN. Digital Foundry then checked with other developers working on next-generation games, and they claimed that the images are legitimate.

Codenamed Durango, the 64-bit dev kit runs on Intel CPUs, an NVIDIA graphics card, and 8GB of RAM. Digital Foundry noted that dev kits often run on twice as much memory (RAM) as the retail version of the system, “to accommodate debugging tools and other systems.” This would line up the specs with those leaked from a Microsoft document last month.

The casing looks like a simple, black PC tower. Of course, the retail version of the console will look completely different. According to DaE, Microsoft sent the latest version of the dev kits in February.

DaE also included pictures of the graphical interface that developers can use to access camera rendering tools and data for the Kinect, the motion-tracking camera for the Xbox 360. The leaked document from June stated that Microsoft plans to build a more powerful version of the hardware into the Xbox 720.

We reached out to Microsoft, who considered the issue a rumor and declined to comment.