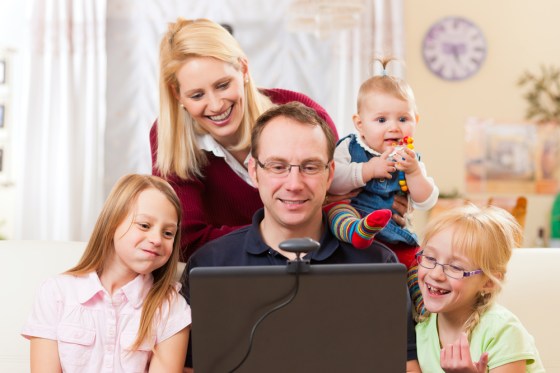 Google really, really wants you to use Google+. And we know one thing for certain: Resistance is futile.

In its latest move, the company is adding  Google+ Hangouts to Gmail, continuing its efforts to bring the services closer together. Hangouts allows up to 10 people to video chat together, collaborate on documents, share their screens, and broadcast their conversations to the Internet.

With the new feature, Gmail users will be able to video chat with not only other Gmail users, but friends on Google + and the Google+ iOS and Android apps as well.

Google says the functionality also will make for more reliable connections, as the new system is built on Google’s network and not peer-to-peer technology like the old video chat. Rollout for the new functionality begins today and will continue over the coming weeks.

Google has been intent on extending its Google+ features to as many other services as it can. In June, it introduced YouTube parties, a feature that allows Google+ users to watch YouTube videos together online. We found the idea to be, well, silly, and it’s fair to assume that Google’s latest move will get a similarly icy reception.