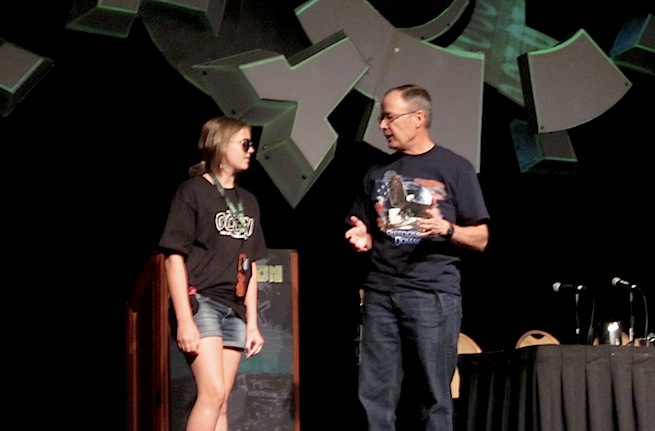 National Security Agency director General Keith Alexander promised a crowd of hackers Friday that the NSA does not keep a profile on every American. But one former employee is saying that’s not entirely an honest claim.

“His statement about not keeping track of every American is absolutely true. He missed a few,” said Bill Binney, former official in the NSA, at the Def Con conference in Las Vegas. In other words, the NSA does not keep a profile on every American.

“That’s the kind of word game they play,” Binney said. “There’s absolutely no excuse for him even implying that he’s not collecting all this data.”

Alexander, however, called the question of keeping profiles on every American “absolute nonsense,” during his talk at the same conference. He was the first NSA director to visit Def Con, a conference that has traditionally attracted hackers, feds, and press alike. During the speech, the director appeared in jeans and called a pre-teen hacker codenamed Sci-Fi to the stage to underscore the importance of passing hacking knowledge on to the country’s youth. Much of his talk centered around sharing between the private sector and the government, as well as the need for hackers to join the NSA’s team.

“We need great talent. We don’t pay as high as some of the others. We’re fun to be around,” said Alexander. “Sometimes you guys get a bad rap. From my perspective what you are doing to figure out the vulnerabilities in our systems is absolutely needed.” 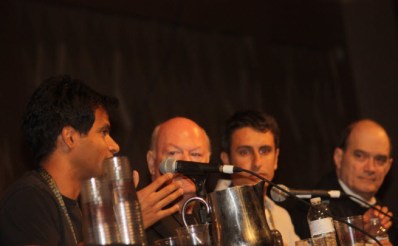 His slides ended with a link to www.nsa.gov/careers/dc20, a recruiting site.

Don’t expect Binney to be visiting that site looking for another job with the agency. After leaving, he has since written a number of books about the NSA and the technology he created there, saying the agency built a number of facilities just to house the massive amounts of data it is said to collect on American citizens. On the same theme, James Bamford recently wrote an article for Wired Magazine about a new $2 billion Utah facility being erected so that it can serve a a repository for the NSA’s vast records.

“The reason I left the NSA is because they started spying on everybody in the country,” said Binney. “Unfortunately they took those programs that I built and turned them on you, and I’m sorry for that. I didn’t intend that. But they did that.”

Binney accused the NSA of always intending to spy on Americans, not just falling into the job after 9/11. Indeed, he says that “three-star generals” within the organization approached telecommunications companies to “supply customer data” in February of 2001, seven months before 9/11 occurred. He also said the systems the NSA uses to keep that data are able to identify parties within the communications and then build searchable profiles from there.

Alexander, on the other hand, says the NSA is watched by too many people for it to be able to get away with something like that. He mentions that all of the branches of government are privy to its activities and have access to the data it collects. Under the FISA, or Foreign Intelligence Surveillance Act, the NSA must with “minimize” the amount of data it receives if a foreign target is speaking with an American citizen. He further defined that this means “nobody can see” that data “unless a crime has been committed.”

Indeed, Alexander says that those who accuse the NSA of keep dossier on the American people “should know better.”

“Think of that 260 million dossiers, or however many you’d come out [with],” he said. “Let’s see, if you’re trying to maintain those dossiers, I’m not a real good mathematician, but let’s say we have 20,000 people working that. How many files would each of us have to work? I’m not that kind of guy who’s going to work all those files.”