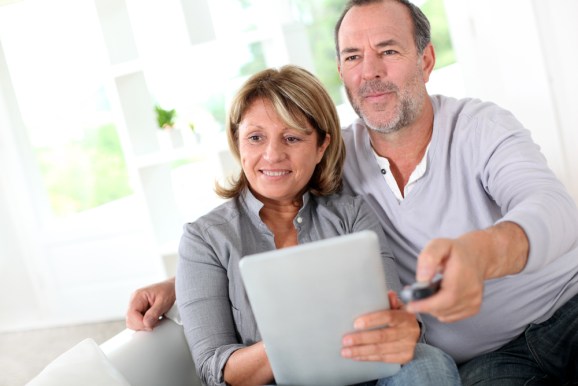 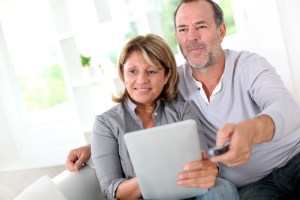 Yahoo has just launched the newest version of IntoNow, its TV companion app, and it’s bringing a boatload of new features to tablet and smartphone devices.

IntoNow is the media-centric company’s television sidekick “experience.” It brings avid TV fans a comprehensive offering of news headlines, statistics, and even social media updates from popular actors. IntoNow 3.0 is specifically tailored for iOS devices (the old IntoNow is also available in the Google Play store; we anticipate an Android-friendly version of IntoNow 3.0 will be available shortly).

The app update aims to give fans more and better ways to engage with and around television shows. The TV portion of the app will continue to deliver relevant stats, tweets, and trivia in real time. Music Sync is an IntoNow feature that can automatically identify a song playing in a show and take you to iTunes for instant gratification, should you choose to own said tune.

One hilarious new feature is mashing up TV moments with meme-making. Called CapIt, it allows viewers to screen-capture and caption anything they see on their TV. Angelina Jolie’s gonna love that.

Another new feature is group chat, which is what it sounds like. You can instantly set up private conversations with friends, start a chat around a specific show, or set up a recurring chat event to coincide with a show’s air time. It’s like a book club, but without all that annoying reading.

“iOS devices are pervasive in our living rooms, and second screen behavior is now commonplace. IntoNow wanted to up the ante and give people a whole new experience,” said Yahoo product VP Adam Cahan in a release on the update.

“We’re the first to offer some major technological innovations – like the ability to capture and share moments that happened seconds ago on TV or automatically identify songs playing in the background – all of which gives people watching TV with IntoNow 3.0 a unique, interactive experience.”

Here’s a sneak peek at some of the new features:

As a footnote, do let’s refrain from placing any praise or blame for this product on Marissa Mayer, the company’s new CEO. Girl’s only been there two weeks.