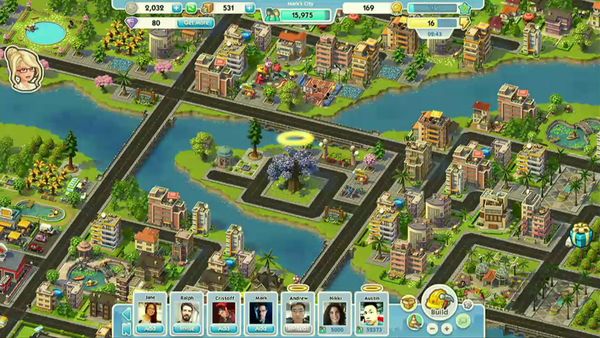 Analysts expected EA to report non-GAAP revenues of $502 million and a loss per share of 42 cents. After hours, EA’s shares rose 3.6 percent to $11.40. Evidently, investors interpreted the loss as good news. EA also announced it would buy back more than $500 million in its own shares of stock.

“We have established an unmatched diversity in our business with multiple brands performing across several channels, business models, and geographies,” said Chief Executive Officer John Riccitiello. “This allows us to drive profitable growth in a rapidly transforming marketplace for games.”

In other news, Redwood City, Calif.-based EA appointed Blake Jorgensen as CFO, filling a gap that has been open since Eric Brown left the job to become CEO of conference call communications firm Polycom. Jorgensen will report to EA CEO John Riccitiello and start in early September.

Arvind Bhatia, an analyst at Sterne Agee, believed EA would lower its full-year revenue guidance of $4.3 billion for the fiscal year ending March 31, 2013 and earnings per share guidance of $1.05 to $1.20. But EA reaffirmed its previous guidance.

“We had a solid first quarter and are reconfirming non-GAAP guidance of annual earnings per share growth of 30% at the midpoint of our guidance,” said Interim Chief Financial Officer Ken Barker. “The $500 million stock buyback demonstrates our confidence in EA’s future.”

“We continue to make progress in our goal of becoming the leading digital entertainment company,” said President of EA Labels Frank Gibeau. “Over the last twelve months, we generated over $1.3 billion in non-GAAP digital net revenue, and approximately two-thirds of our non-GAAP net revenue in the first fiscal quarter was in digital.”

As we noted earlier today, EA faces considerable financial challenges now as it tries to balance the sale of $60 retail games with the need to invest in digital games in the social, mobile, and online spheres. Last year, EA had $4.1 billion in revenues, and a quarter of those came from digital games. But the stock price is at a historic low, and investors have focused on declining subscribers for EA’s flagship online game, Star Wars: The Old Republic. The stock today closed at $11 a share, valuing the company at $3.52 billion. For much of last year, EA was valued at around $7 billion.

Last week, shareholders asked Riccitiello when they would see returns. Riccitiello, speaking at the annual meeting, asked them to be patient and said that EA is moving toward all-digital revenues. Larry Probst, chairman of EA, said that the board is 100 percent behind Riccitiello. For the trailing 12 months, EA said its digital revenues were $1.3 billion. EA also said that pre-orders for its Madden NFL 2013 game are up 25 percent from the same period a year ago.

EA said that Star Wars: The Old Republic, which EA-owned studio BioWare developed over the past six years, will have free-to-play options starting in November. The Old Republic is EA’s main competitive thrust against Activision Blizzard’s money-making machine, World of Warcraft. Wags on Twitter are now calling it the “non-WoW-killer.”

EA did not mention how many subscribers it has for Star Wars. The company had previously said the vast majority of Star Wars’ 1.3 million subscribers signed up for beyond the initial free trial. That was down from the previous quarter’s subscriber estimate of 1.7 million. The game is now shifting to include a free-to-play option, where users play for free and pay real money for virtual goods. Analysts believe the game, which cost a reported $200 million to make, had a chance to steal subscribers from World of Warcraft, which has dominated massively multiplayer online games for seven years and has more than 10 million paying subscribers.

Founded in 1982, EA was once the biggest independent publisher of video games. But it now has a smaller market value than rival Activision Blizzard. EA ended the quarter with 9,225 employees, compared with 9,158 employees in the previous quarter.

EA announced today it would team up with Nexon to publish its EA Sports FIFA Online 3 game in Korea. The previous title generated $25 million in digital revenue for EA. EA said that FIFA Ultimate Team contributed over $30 million in net digital revenue in the first quarter.

EA also said Battlefield 3 Premium, an online service for Battlefield multiplayer fans, has sold more than 1.3 million subscriptions to date, with all of the deferred revenue to be recognized in the fourth fiscal quarter. EA’s online social network Origin now has more than 21 million registered users, including 9 million on mobile. 57 independent game developers are publishing games on Origin.

EA said that it has to defer Battlefield 3 Premium revenue from the quarter until the end of the year, for accounting purposes. That revenue is expected to be $37 million.