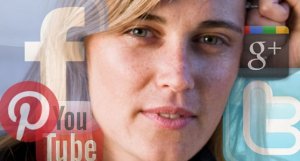 Wildfire, the social media startup that’s making huge strides in online marketing — Facebook marketing in particular — has just been snapped up by Google for an undisclosed price.

(Web rumors peg the deal at $250 million; however, a Google rep confirmed that the deal is not coming under regulatory review, so the dollar amount is not, by Google’s standards at least, significant.)

Nice work, Google! Picking up one of the main marketing channels to a major competitor right as that competitor’s marketing effectiveness is coming under fire — that’s some Spy Versus Spy business right there.

Also, the deal likely gives Google some inside-horse access to very interesting Facebook marketing data. (If we were Facebook, for that reason alone, we’d cut off Wildfire’s API access faster than you could say, “Hey! Don’t look at that!” Officially, though, Facebook is not commenting on the deal.)

The Google party line is that the company wants to own (and eventually integrate) the online marketing experience, full stop. It wants to have a single destination where a brand marketing manager can go to create and control all online campaigns, from search marketing to Twitter CRM to Facebook campaigns, the whole shebang.

If you talk to a Google rep, you’ll hear that this isn’t about controlling a key Facebook marketing platform per se, and it’s not about the fact that Facebook now leads Google in its overall share of display advertising per se. It’s just that Google wants to be online marketing. Everywhere, and to everyone, including Facebook- and Twitter-using brand marketers (and let’s not forget that Google has a testy relationship with Twitter, as well, due to mutual disagreements over social search and who’s indexing whom).

If this is the case, we’d expect to see a comprehensive ad management platform for the entire web emerging from the bowels of Google within the next six to 12 months. For now, Wildfire will continue to operate as-is, a standalone social marketing shop.

Potential conflicts of interest aside, we read on the official Google blog, “We’re happy to share that the Wildfire team will be joining Google. … With Wildfire, we’re looking forward to creating new opportunities for our clients to engage with people across all social services. We believe that better content and more seamless solutions will help unlock the full potential of the web for people and businesses.”

That last sentence is a goulash of buzzwords, but in short, Google is promising that Wildfire’s offering will not lose its diversity of services. Still, we have some serious doubts about how good this deal will ultimately be for Wildfire’s continued growth.

We did an in-depth tour and interview session at Wildfire a few weeks ago, just before the startup launched its Suite 2.0 marketing tools. At that time, Wildfire co-founder and CEO Victoria Ransom (pictured at top) told us that Facebook was hands-down the company’s largest area of focus. In fact, Wildfire got its start making turnkey sweepstakes apps for brands to use on Facebook.

As for Google+, Ransom said marketers weren’t as interested due to the (real or perceived) lack of richness in content and interaction on the newer social network.

We’re waiting to hear back from Wildfire and Google now and will update this post as soon as more details are available.