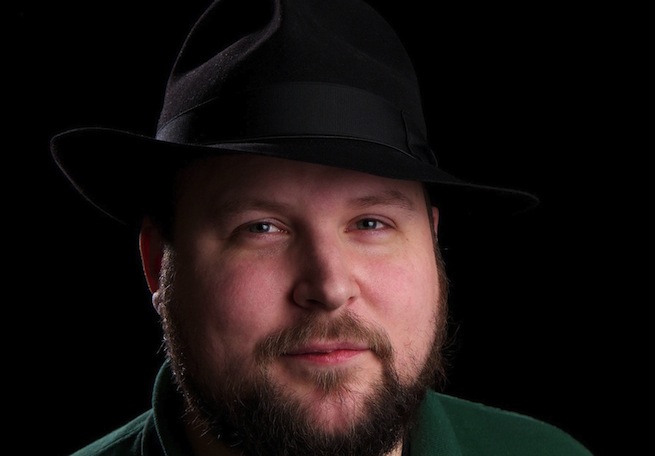 Markus Persson, also known as “Notch,” is the developer and creator of Minecraft. The open-world sandbox game focuses on building, crafting, and mining within a randomly generated virtual world, and versions of it are available on an array of devices: PC, Android, iOS, and Xbox 360.

Minecraft is one of the most popular online games to emerge in the past half-decade and now has more than 36 million players (including 6.8 million paying customers), who play a browser-based version, a downloadable PC version, and most recently, an Xbox 360 edition. Its popularity is particularly impressive given that it uses a graphics engine that looks like it was borrowed from Castle Wolfenstein in 1993.

Persson took to the popular social news sharing site, Reddit, today to engage in an “Ask Me Anything” discussion thread, where famous people allow the community to ask any question within a specific period of time. The subjects of these “conferences” then take some time to answer inquiries that they find relevant, and the whole conversation — threaded across various responses and comments — is left up on Reddit for perusal later.

At this point already, users have posted 4,468 comments in the discussion covering a wide diversity of topics, including Persson’s opinion on the second-hand success revolving around his hit game, like the Minecraft Coder Pack and YouTube videos starring Minecraft. Below is a collection of selected questions and responses edited for clarity.

Searge
What is your personal opinion about the MCP project and it’s ability to decompile the game and make the source code kind of available to everyone? And how much do you think the fact that modding is made easy by systems like bukkit and MCP (and the number of available mods) affects the sales of Minecraft?

Notch
Personally, I used to feel threatened by it as I felt it challenged my “vision,” but on the other hand, I also know how wonderful mods are for games. We decided to just let it happen, and I’m very happy we did. Mods are a huge reason of what Minecraft is.

KillaMarci
Seeing as the YouTube community boosted Minecraft so much, do you watch any Minecraft YouTubers yourself regularly? Has any big company ever tried to “buy” Minecraft away from you or buy Mojang entirely? Is it true that you got bored of Minecraft and that’s why you left the lead developer position? If so, do you still get the urge to do some Minecraft coding now and then?

Notch
Yes, but I usually gravitate to their non-minecraft videos. Watching videos of Minecraft can feel weird after a while. Yes. We said no. I didn’t really get bored; I just wanted to move on to other things. I don’t get the urges to go back anymore, but about a month after I left, I missed it a lot. I tried not to let Jens [editor’s note: Jens Bergensten, now lead programmer for Minecraft] know that, though. ;)

Notch
It all kind of emerged organically. There’s probably a lot more we could do to support it more, so we’ll probably look more into that in the future. We’ve recently started partnering up with cool iOS apps by giving them more exposure and letting them brand themselves “official” in exchange for bags of money.

What else does Persson do for fun? Several users wanted to know.

ZedHeadEd
If you dont mind me asking, do you still play Minecraft for fun?

Notch
Unfortunately not. I used to play it quite a lot and find minor things to tweak, and now that I’m trying to stay out of development of it, the temptation to start “suggesting” things to Jeb is too strong. Besides, TF2 [editor’s note: Team Fortress 2, a popular, online, team-based shooter].

MarioBGE
Heh, I recently joined a random TF2 server with you playing on it, and damn, you’re good. Also, thank you for creating Minecraft. :)

SirHephaestus
Hi Notch, I was wondering: What do you do at home when you’re not working?

Some users asked about Persson’s current involvement in the game as well as his experience developing it, and then Persson turned it over to Bergensten.

SuperAccordionDude
What do you think about the latest updates of Minecraft? Are they still true to your vision of the game?

Notch
Other than a few minor things, they’re exactly in line with my vision. The adventure mode stuff is looking amazing, and the way the team managed to finally properly split client from server is wonderful for the game. Jens told me some of his plans for 1.4 and beyond, and hopefully it will allow for more competitive gameplay — something I’ve always wanted to see.

DeadComma
What are the minor things?

Notch
They’re adding more half blocks!! And the script block? Feels impure. Stuff like that. 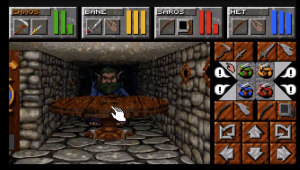 supercalu
Where did you get the idea for the way villagers look?

robhoward
How much do your (Mojang’s) lawyers interfere/alter what you say in public?

Notch
None. I think they find it amusing. They’re great guys, by the way. They’ve been working as lawyers for game devs for many years and have lots of connections, and they like unconventional ways to resolve issues.

Other users focused on the more technical aspects of development, like using JavaScript or Persson’s new game, 0x10c.

daesoph
How much have you actually worked on 0x10c?

Notch
I’ve spent a lot of time on the DCPU specification and implementation, and fleshing out the game world, trying to come up with fun scenarios that I want happen in the game. Actual game content — not much at all. I did some live-streamed development and felt a constant pressure to move ahead fast, which built more hype that I intended and made me feel like I was rushing the game. Now I’m working slower on it until after PAX when I can recruit some other devs internally to help out, and I’m trying to talk less about it. My public enthusiasm for it builds way more hype than I want it to.

Zarutian
Someone had to ask, so why not me: Why Java?
By the way, I am addicted to Minecraft. Keep up the good work ;-)

Notch
I had been working primarily in Actionscript 3 and Java for five years when I started work on Minecraft and chose the language I felt most comfortable with. Specifically, my favorite tool in Java is hot code swapping in debug mode, meaning I can edit the code while the game is running and immediately see the results in the running game. This is super great for rapid tweaking. Java is not the fastest language out there, but I doubt I would’ve finished Minecraft if I did it in a language I enjoyed less, so I’m happy with the choice. Of course, when it came to putting the game on other platforms, we had to port large portions of the codebase — once for mobile phones, and then we had help from 4j to port it for XBLA.

Eiyeron
Just how do you enable correctly hot-swapping in eclipse? I ever wanted to know since the Prelude of the Chambered live.

Notch
Run the program in debug mode, edit the code, and save. It does not work for stuff that changes the class structure, but it does work for code within methods. Code is only swapped out when the thread enters the method, so a while(true) loop will never get swapped out.

And then, of course, the random, funny questions would pop up from time to time:

mollstam [editor’s note: a Minecraft developer]
What is the name of your beard?

TwirledOriole
And just out of curiosity, what gender is it?

scottyb2023
If you were able to create a game console, what would be the main feature?

bumpfire
Do you use shampoo or shower gel for your beard?!

Notch
Sometimes. I used conditioner once, and it was glorious.

And finally, a question about Persson’s favorite time playing the game he created:

ChaosRegiert
Since you are going to be flooded with questions…and right now, I don’t have anything to ask that others won’t also ask hundreds of times….I’d love to hear your favorite anecdote about Minecraft or the development of Minecraft. What is the story that you like to tell people? If there is nothing asked in particular — but some kind of entertaining story expected. At parties. Or at the bus station, whatever. I just started recently. Love the game. Thank you!

Notch
The most fun I’ve ever had playing the game was back before infinite worlds when water had a constant volume. I joined some random server and kinda emergently just started to build a castle with a few people. I built some pretty good looking stables, then we got started on the moat and accidentally flooded it too early. In an attempt to get rid of the water, I dug down and fell into a cave, which proceeded to get flooded as well. It was not a pretty castle.

Obviously, a ton more questions and answers reside in the original thread, but it’s touching to see someone as “big and famous” as Markus Persson taking the time to engage people he’s never met in a setting that isn’t about marketing a new game or selling a current one.