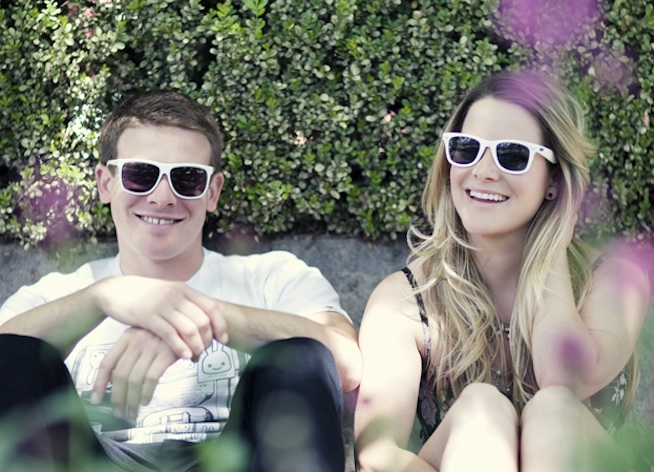 Damn, it’s a good time to be a social marketing software company.

While the tech world reeled from the announcement that Google is acquiring Facebook-focused marketing firm Wildfire, I caught up with the founders of PromoJam, a Los Angeles-based competitor, which today became one of the few major independent players in the space.

PromoJam counts itself among that first class of social marketing startups launched in those heady golden years: 2007, 2008, and 2009. At that time, Twitter was an infant, Google+ was a twinkle in some VP’s eye, and MySpace was still considered a legitimate threat to Facebook.

“No one, including Google, wants to be left behind this social marketing boom,” said Matt MacNaughton (pictured above, left), the company’s CEO. “Just a few years ago, we were wading into the waters of social media, unsure of what to expect.”

By 2012, the gamble had firmly paid off. For the acknowledged leaders in this space, funding was a cakewalk, and acquisition offers were flying in from consumer and enterprise focused Internet giants desperate to build out their social portfolio. Social marketing companies like these, which let brands serve marketing campaigns across multiple social networks, were an attractive addition to any advertising stack.

To offer a brief refresher: Oracle acquired Involver, Salesforce made a successful play for Buddy Media, and today, Wildfire accepted a reputed $250 million offer from Google.

From the beginning, PromoJam took a slightly different tack. Unlike Wildfire, PromoJam initially focused its energies on Twitter. It developed the first tweet-to-download campaign to promote its first client’s mixtape. That client was Travis Barker of Blink 182.

While its competitors have graduated to big-time acquisition offers, PromoJam will resist in favor of remaining independent.

“Doorbells are ringing all over the place, but we plan to block out the noise,” said Amanda MacNaughton (featured above, right). In an interview with VentureBeat, she claimed the company has been courted by potential acquirers.

The founders say social media promotions are their bread and butter, but there is opportunity for innovation in this space.

“Our competitors are getting folded into these companies, which creates opportunity for us to move quicker and be more innovative,” said Matt MacNaughton. The founders told me their areas of opportunity include mobile and tapping into the growing market of small and medium sized businesses, who see value in reaching customers on social media.

Brian Zanghi, CEO of Awareness, Inc., a social media marketing company that works with brands such as the Associated Press and the American Cancer Society, echoed the sentiment that there’s a growing market for small and medium-size businesses (SMBs).  Other noted indie companies in this space include 33Across and Twelvefold Media.

“The Wildfire acquisition by Google is a prime example of the herd mentality of the market. Everybody is focused on Facebook, leaving a huge portion of social market out of the equation and neglecting the mid-size businesses,” said Zanghi. Wildfire has carved out a niche in this market, which may have proven enticing for Google, which has experienced mixed success selling its advertising platform to SMBs.

PromoJam runs social media promotions for well-known entertainment and retail brands, including Rock the Vote, NBC Universal, and The North Face. The company recently pulled in $1.2 million of first round funding to integrate with more social networks, including Google+.