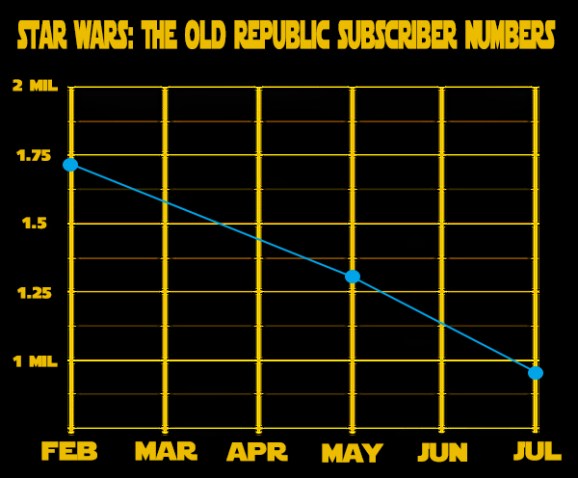 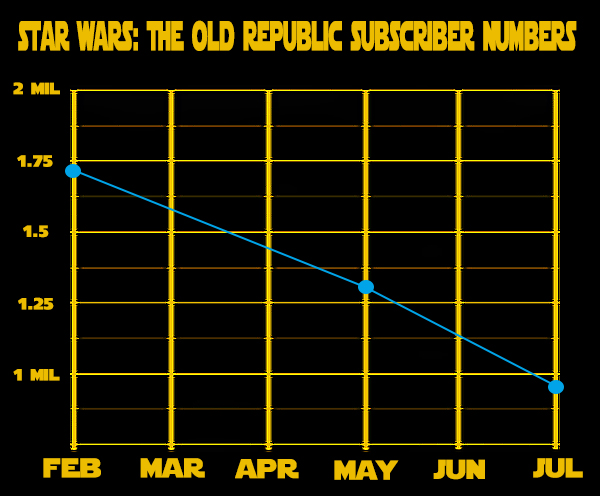 Although the game launched last December, EA didn’t report subscriber numbers until February, which were at 1.7 million at the time. Just a few months later, the number of active players hit the 1.3 million mark in May. EA reported today during its Q1 earnings call that the number has dipped below one million, though it didn’t give an exact figure.

As you can see from the chart, subscribers have been steadily leaving The Old Republic. During the conference call, EA stated that it only needs 500,000 active players to make a profit, but the game still performed under expectations. The publisher is hoping to bring back old and new players with a free-to-play model, launching this fall.