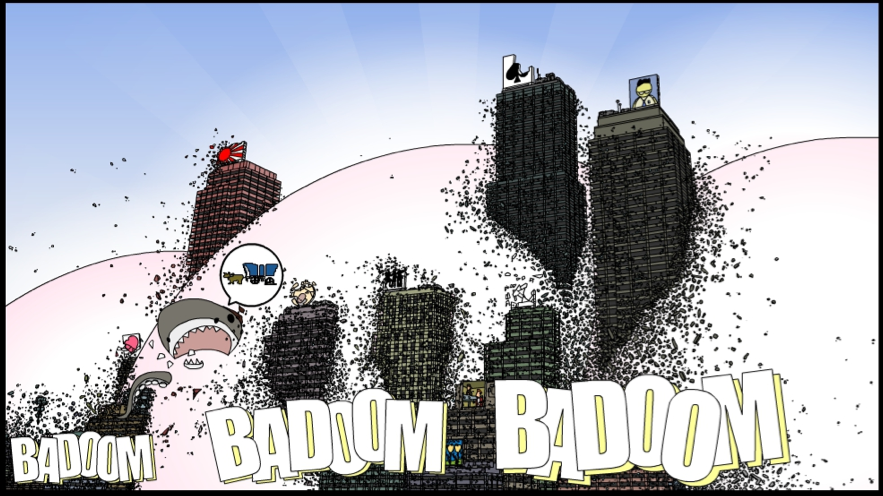 [Disclosure: VentureBeat has a contract with Amy Vernon for social media work. Below is a guest post she wrote for us.]

Perhaps the most hotly anticipated resurrection in Web 2.0 history was greeted today by a resounding “meh.”

Showed it to a colleague this morning. “That’s it?”

Six years of history, tens of millions of pages, all gone. No community. No commenting. No native accounts.

Most of the stories on the front page have fewer Diggs than a story on Propeller used to get in upcoming.

Heck, calling it a front page isn’t even accurate, as there are no other pages. The main stories, in a Pinterest-y format lie above “Popular,” a list of stories that were the most-shared in the past 24 hours. Below that, “Upcoming” – the “newest stories on Digg.”

But it’s not clear how those stories find their way there. On Twitter, in chat rooms, on Facebook, former Diggers are saying they’ve submitted stories but can’t find them. They’re simply not showing up.

That’s to prevent spam, according to the new Digg blog.

When we asked users which problems cropped up repeatedly on Digg, the most common complaint was about spam cluttering up the homepage. Using Facebook for account registration is a short-term solution that will seriously cut down on spam, while we take our time to develop more robust spam-filter technology. We know this isn’t ideal, so rest assured: we are working towards a more lasting solution.

OK, so I’m glad you’re working toward a more lasting solution, but the only reason spam was a problem on Digg’s front page was because the site broke its community so badly that the masses who used to bury spam with the click of a button were no longer there. People were the strongest spam filter.

And it’s to prevent spam? Sure, that’s why there’s a coupon for coffee or tea in the Upcoming section now, along with a link in Korean and one to the front page of a video site.

That doesn’t make any sense. For the layman, let me spell it out for you:

Digg is saying there was too much spam, so you have to sign into the site using Facebook. (And we all know there are no spam profiles on Facebook, right?) But you can also submit via Twitter, a platform you don’t have to reveal your true identity on. And there’s no spam on Twitter, right?

OK, so there’s the human factor, receiving the tweets or Facebook links to stories. So no coupons will make it through the submission process, right? Erm, guess not. Or maybe someone at Betaworks just really likes coffee or tea.

Former Digger David Leonhardt (amabaie) noted that Google has more than 14 million pages indexed from Digg. That’s a LOT of content. Some of those pages were user profiles. Some were submissions. Many epic comment threads were on those pages. They still served, as JD Rucker wrote, as strong indicators to Google.

Now? They’re all 404. Lost to the world (wide web). Betaworks says it’s trying to figure out how to extract all that user profile data and do … something with it. What is clear is that they don’t care about bringing it to the current Digg. The people who made the domain Digg.com worth paying half a million dollars for, even at the very end when nothing else of value was left, have been shunted aside.

The venerable nComment, who chronicled the trials and tribulations of Digg and reddit through the years in comic form through his razor-sharp wit and voluminous knowledge of world history, summed it up in an email exchange earlier today:

The trouble is that unlike previous fallen cultures it has no remaining ruins. Digg deleted its ruins. A vandalism completed by the final Betaworkian invaders. It’s more like Carthage after the Third Punic War. Every scroll burned, every brick pulverized and salt sown into the fields. External sources are the only record of its former glory.

And we all know what happened to Carthage, don’t we?

Amy Vernon spent nearly 20 years as a professional daily newspaper journalist before the Great Newspaper Culling of 2008. The top female submitter of all time on Digg (the old one), Amy was an inaugural inductee of the New Jersey Social Media Hall of Fame and has spoken at SXSW, Mediabistro’s Social Curation Summit, Columbia Journalism’s Social Media Weekend, Reynolds Journalism Institute’s The Engagement Metric, and ROFL Con II. Currently, she’s the General Manager of Social Marketing at Internet Media Labs in New York City. Amy is married, has two young sons and is known as the Bacon Queen of the Internet.