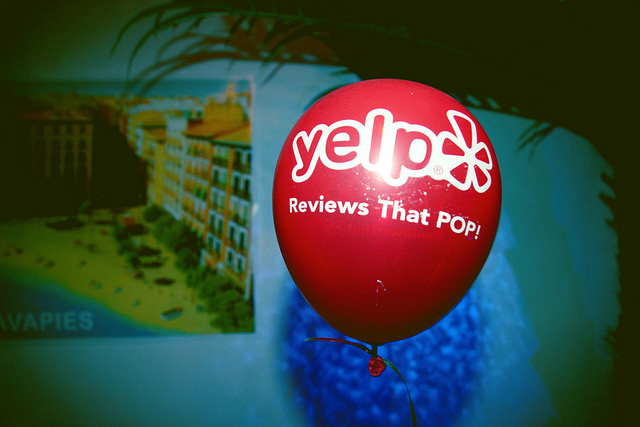 Business reviews site Yelp has today made a stronger second impression on Wall Street with its Q2 2012 statement, its second earnings report as a public company. The company handily beat expectations by posting $32.7 million in revenue and a smaller-than-expected loss of $2 million, or $0.03 per share, for the quarter.

In Q2, Yelp’s first full quarter since listing on the New York Stock Exchange, the company grew revenue 67 percent year-over-year. Wall Street was anticipating revenue of $30.53 million and a loss of $0.06 per share.

Stoppelman, in a call with investors and analysts, indicated that Yelp is only partially monetizing its mobile offerings through ads displayed on its mobile website. He said that click-through rates are higher on mobile and mentioned that adding advertisements to Yelp’s mobile apps is a high priority for the company.

Yelp went public on March 2 and received a very warm welcome from investors, despite only bringing in $83 million in revenue for all of 2011 and posting a $16.86 million loss for the year.

The stock has fluctuated between $14 and $31 on the market since its debut. Shares were temporarily buoyed by news that Apple would include Yelp checkins in its iOS 6 maps application. Analysts, however, have maintained a “hold” recommendation for Yelp’s shares for most of its tenure as a public company.

Yelp shares closed down nearly 6 percent Wednesday but are trading up significantly in after-hours trading.