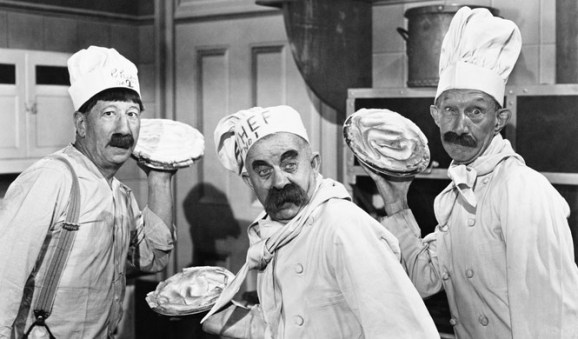 The Samsung-Apple legal battle just took yet another left turn into soap opera status. One day after Samsung took the dangerous step of taking the case to the media, Apple has asked the judge to issue a summary judgement in its favor.

This is Real Software Companies of the World, episode 327.

Judge Lucy Koh had earlier denied the admissibility of evidence that Samsung says shows the design of the iPhone was inspired by Sony … which would of course introduce doubt into Apple’s patent claims that iPhone was unique before being copied by Samsung.

So Samsung complained to the press — and released the evidence publicly.

Apple lawyers say that since Samsung has been sanctioned four times in this relatively young trial and now has attempted to sway the jury by presenting evidence via the media that the company was denied the ability to use in court, the judge should simply rule in favor of Apple’s patent claims:

“The proper remedy for Samsung’s misconduct is judgment that Apple’s asserted phone design patents are valid and infringed. Through its extraordinary actions yesterday, Samsung sought to sway the jury on the design patent issues, and the proper remedy is to enter judgment against Samsung on those same patents. It would be, to be sure, a significant sanction. But serious misconduct can only be cured through a serious sanction — and here, Samsung’s continuing and escalating misconduct merits a severe penalty that will establish that Samsung is not above the law.”

If Judge Lucy Koh doesn’t take that nuclear option, Apple’s lawyers still want mommy to tell the jurors that Samsung has been a bad, bad boy. Which would, of course, put Apple at a huge advantage in the case as a whole.

As for Samsung? Lawyers for the company are essentially questioning the fairness of the trial and even the impartiality of the judge. As the company said yesterday:

Fundamental fairness requires that the jury decide the case based on all the evidence.

That is not the way to win a judge over to your side. But it does, perhaps, lay the foundation for a future appeal.