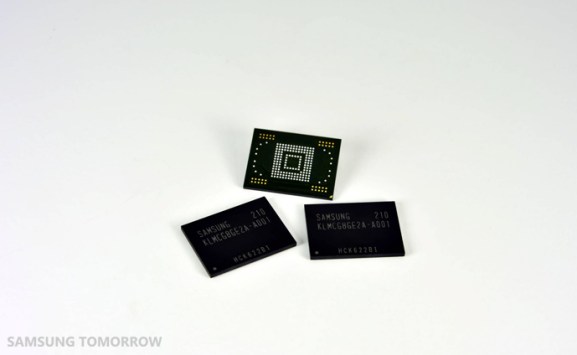 If we know anything about technology, we know this: It’s constantly getting faster and smaller. And this trend holds true with Samsung’s latest upgrade in flash memory, the eMMC Pro Class 1500.

Those numbers may not mean much to the average smartphone user, but Samsung says the upgrades will vastly improve web browsing, video capture, multitasking, and processor-intensive gaming on mobile devices.

While the performance upgrades are a big deal, phone manufacturers are likely to have their eyes on the memory’s thickness and weight, which max out at 1.2mm and .6 grams, respectively. After all, consumers want devices that are not only powerful, but thin and light as well.

The memory will come in 16-, 32- and 64-gigabyte varieties, meaning you’re as likely to see it in low-end devices as you are in high-end ones.

As with most other chip updates, the news affects more than just Samsung. If the new memory is as impressive as Samsung claims, we’re likely to see it in more than just the Galaxy S IV.