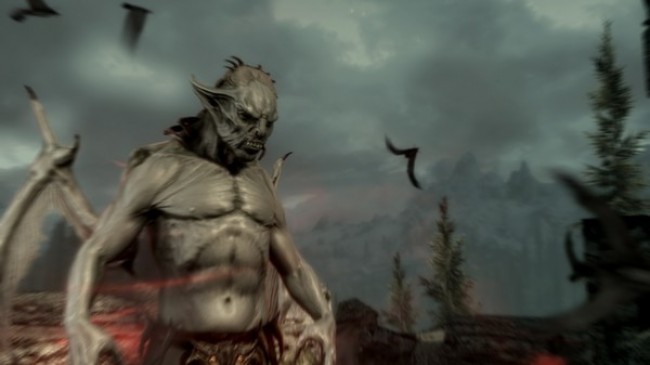 As part of the QuakeCon 2012 festivities, publisher Bethesda Softworks has announced that the Dawnguard expansion for its The Elder Scrolls V: Skyrim role-playing game is now available through the Steam store on the PC for $19.99.

Released on June 26 for the Xbox 360, the expansion sees a powerful vampire lord attempting to use the titular Elder Scrolls to vanquish the sun forever. It sounds like something out of a James Bond movie (and not a good one), but plenty of new vampire and werewolf features and abilities distract from the Pinky and the Brain-esque plot.

Thanks to Microsoft’s deep pockets, Xbox 360 users have been enjoying a month-long exclusivity period on the downloadable content just like with the Call of Duty games. Players have been a little disappointed with the lack of depth in Skyrim’s first major expansion, often citing The Elder Scrolls IV: Oblivion’s Shivering Isles pack as a much better value.

Just in time for the expansion’s release on Steam, Skyrim itself is on sale.

Also announced today at QuakeCon: A modern-day remake of the classic first-person shooter Rise of the Triad.