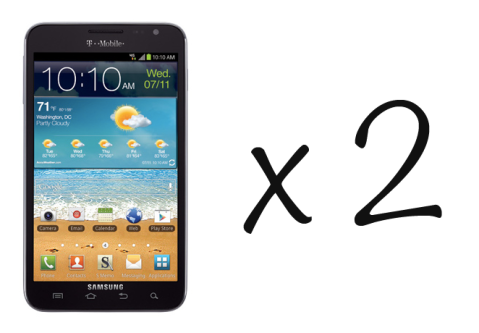 We owe the Galaxy Note an apology.

The butt of many, many jokes since its announcement, the not-so-little Galaxy Note defied criticism to become a hit. And now Samsung’s planning its successor.

The company will announce the next Galaxy Note (likely called simply the Galaxy Note 2) at the Samsung Mobile Unpacked event in Berlin on August 29th, a Samsung representative told Reuters today.

Sadly,that’s all the company revealed about the device — but that isn’t stopping anyone from speculating. According to the latest round of rumors, the next Note will feature a 5.5-inch screen, which is a hair larger than the already-sizable 5.3-inch screen on the current Note. Samsung, it appears, knows the Note’s greatest asset and wants augment it further.

While originally released last October in Germany, the Galaxy Note didn’t see a North American release until February of this year, which is probably why the announcement of a newer version of the device feels so premature.

Still, it’s possible that the “next Note” isn’t a phone at all, but rather the previously-announced Galaxy 10.1, as AllThingsD points out. Either way, we’ll know for sure at the end of the month.