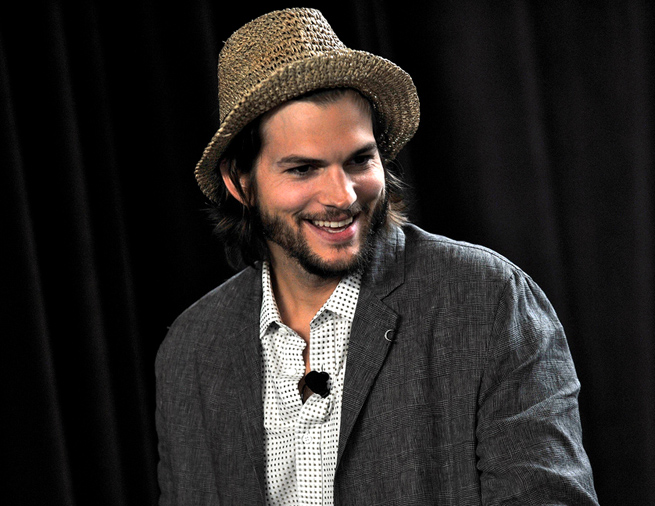 Ashton Kutcher is the most influential tech investor on Twitter, with Guy Kawasaki and Richard Branson rounding out the top three, according to new research from PeekAnalytics.

The PeekAnalytics report “Top 1,000 Tech Investors on Twitter” lists all kinds of investors across the spectrum and ranks them by influence. PeekAnalytics is a relatively new product from New York-based PeekYou, which has attracted $1.9 million in funding and measures social influence across networks, provides a free people search, and helps companies measure social graph data. PeekYou CEO Michael Hussey told us the company had seen a large demand for profiling top social influencers.

The product competes with Klout, which also measures social influence. But unlike Klout’s engagement rankings, PeekAnalytics’ rankings derive from “the quality of your audience,” Hussey said. If you multiply the number of followers someone has by the number of people in the followers’ networks, you get a “pull quotient,” by which you can rank audience quality.

But enough about that. Here are the rankings:

For more detail on the Top 30 rankings, click the image below: 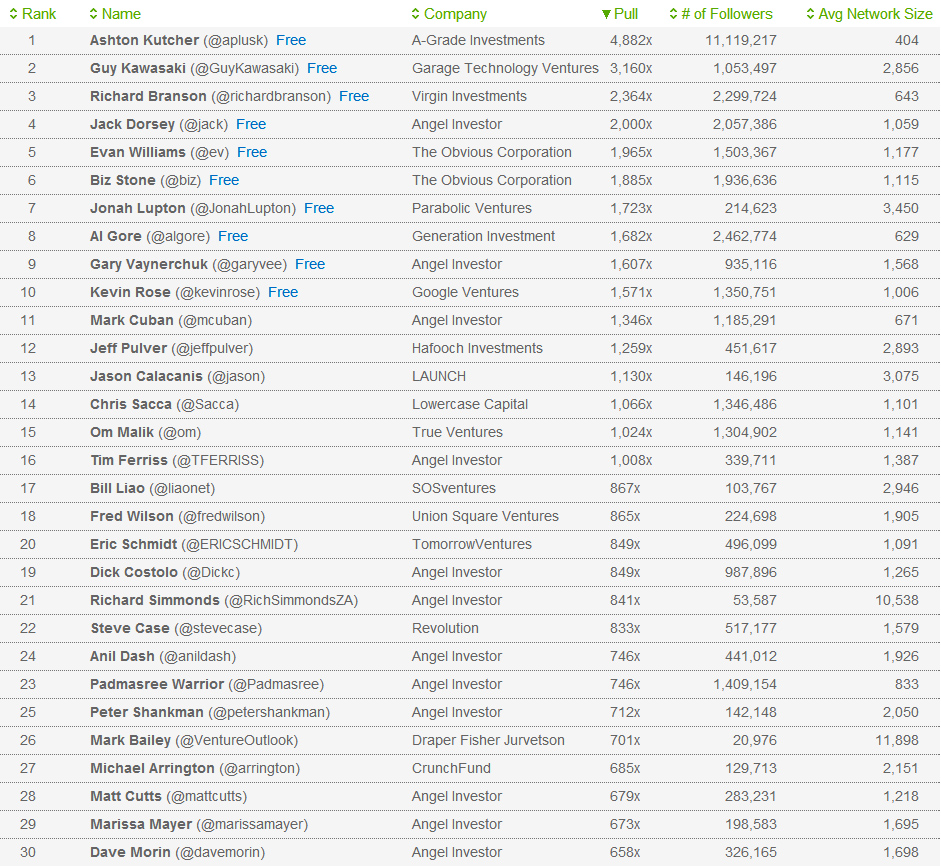 Update: Anil Dash asked to be taken off the list, so we’ve bumped #31 Chad Hurley and a few others up a slot.