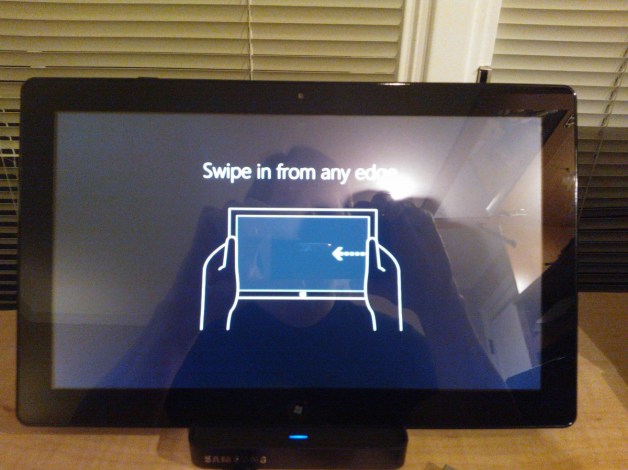 Windows 8 is the biggest design leap Microsoft has ever attempted on the desktop, and I suspect plenty of users will be confused when confronted with the new touch-focused interface. Well aware of that possibility, Microsoft has added a nifty tutorial to the Windows 8 setup process.

Blogger Darren Baker managed to nab the Windows 8 RTM — the version of the OS announced yesterday that will be provided to Microsoft’s hardware partners — and has laid out the entire new setup experience, including the short tutorial.

Windows 8 replaces the traditional start button with a Metro-fied Start screen (the new interface style lifted from Windows Phone), and there’s no traditional Windows taskbar when running new Metro apps. The setup tutorial shows users how they can swipe from any edge of their screen to reveal new options on a touch-enabled device. Swiping up on the screen reveals the Start screen, swiping from the right edge shows the charms bar, and swiping from the left lets you multitask between apps.

For those still using a mouse, the tutorial points out that you can also mouse to the corners to reveal the above functionality. I suspect Microsoft will offer further tutorials at some point for keyboard and mouse users, many of whom will have to completely rethink the way they use those older input devices in Windows 8.

Via The Verge/Photo via Darren Baker