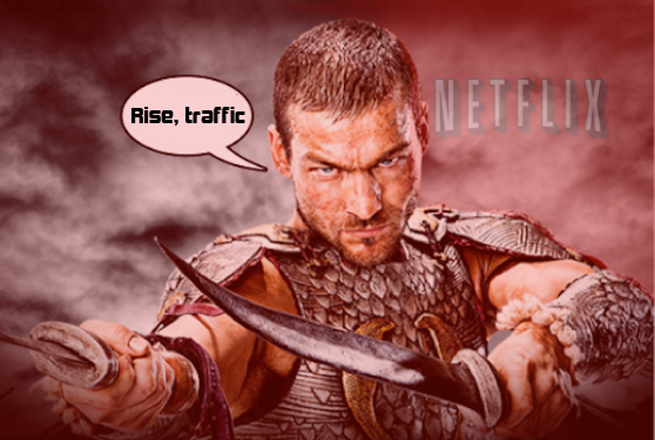 Contrary to recent reports, streaming activity for video rental service Netflix may not have dropped due to the 2012 London Olympics. In fact, the service may even have experienced a slight boost, according to new information provided by Sandvine.

The research firm compared Netflix traffic levels from last weekend (when the Olympic games kicked off) with traffic from the last three weekends in July. The firm found that streaming activity actually increased a bit, as the chart below shows.  (Click image to enlarge.)

“While it is too early to tell what impact the full two-week event will have on their traffic levels (the first weekend has few marquee events), we would not be surprised to see the Olympics have little to no impact on Netflix and for their traffic to continue to slowly grow organically, even if it might not be growing as fast as other Real-Time Entertainment applications,” Sandvine’s Dan Deeth wrote.

This information contradicts data from a report released earlier this week by Procera, which stated that Netflix streaming activity may have dropped up to 25 percent. Netflix CEO Reed Hastings mentioned there could be a drop in user activity due to the Olympic games during the company’s Q2 2012 earnings call last week, but this hasn’t happened thus far, according to the company.

A Netflix spokesperson told VentureBeat that Procera’s report is inaccurate and that the company didn’t experience a great drop in activity.

It makes sense that Netflix streaming wouldn’t have experienced such a sharp drop. NBC, which is responsible for all the U.S. Olympic coverage, is keeping its live coverage restricted to cable subscribers. And plenty of people aren’t interested in sporting events — even going to the extreme of blocking all references to the Olympics using a browser addon. (I personally streamed at least six hours of Netflix over the last weekend — up from my usual 3-4 hours — to watch Stargate SG1 episodes, despite ridicule from VentureBeat editor Devindra Hardawar.)