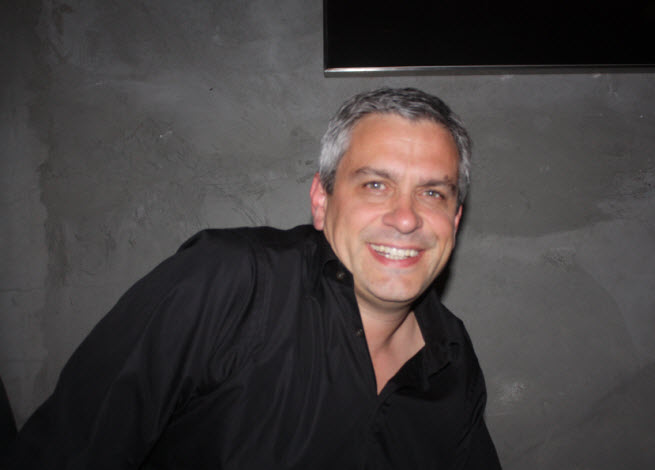 With billions of mobile-phone users, the notion that mobile will eventually become the biggest game market of all is inevitable. But predicting when that will happen is the crucial question for game companies.

For CEOs, the shift is like jumping from one horse to another during the middle of a ride. If the current business starts to decline rapidly, then a company will suffer through a financial crunch during the transition. But if the new market grows fast, then the rising tide will help everyone make a graceful transition to the new era.

With the console market looking a little shaky and Facebook starting to slow down, mobile stands before the industry as a potential savior. Growth in mobile titles is one reason why the worldwide game business will grow from $67 billion in 2012 to $82 billion in 2017, according to market researcher DFC Intelligence. But predicting how much of that growth will come from the nascent market in the West is not exactly obvious.

Naoki Aoyagi, chief executive of Gree International, believes that the mobile-gaming battle in the U.S. will be won in the next 18 months. That’s why his company is investing strategically in its social mobile-gaming platform. Others have said Gree is investing too much marketing money per release, but it is investing to establish its presence over the long term.

Jens Begemann, chief executive of Berlin’s Wooga, said that half of his company’s 200 employees are working on mobile offerings while the rest are devoted to Facebook games. Peter Relan, chief executive of CrowdStar, has pretty much abandoned Facebook and is dedicating almost all of his company’s resources to making mobile titles. Mark Pincus, chief executive of Zynga, says that he is investing in mobile, but the mobile-game market hasn’t yet had its “triggering event” where Zynga can reach 10 million users in 90 days with a new-game launch. Which one of them is right about just how long it will take before the mobile-gaming battle is won?

Neil Young (pictured), chief executive of Ngmoco and a corporate officer for parent company DeNA, believes that mobile will become a huge gaming market. He bases that belief on the size of the Japanese mobile social-gaming market where Gree and DeNA have created platforms that generate $4.5 billion in revenues per year. That’s about 10 times bigger than the U.S. mobile-game market.

Japan can be dismissed as an anomaly — the land of crazy TV game shows, full of people who will buy anything — but Young believes the similarities to Western gaming culture are plentiful. The U.S. mobile-game market at the end of 2010 was pretty similar to the Japanese game market at the end of 2006, when Gree and DeNA started to see things take off as people became more and more obsessed with mobile releases. As conveniences arose, such as one-click purchases on phones and the rise of mobile broadband, the “usage curves went crazy,” Young said. In other words, the U.S. is about to become as crazy for mobile games as Japan.

“We are still very early in the development of this market and industry,” Young said. “There is an undeniable wave of consumer behavior. There’s a tremendous opportunity to ride that wave.”

In Japan, 90 percent of the population subscribes to a mobile-phone service. In Western markets, the population is 10 times larger with the potential for 1.2 billion consumers.

But these numbers should be approached with caution. The U.S. might not turn out to be like Japan since many sources compete for our leisure time. Right now, mobile game developers and publishers are pulling their hair out to make sure that the cost of acquiring a new user does not exceed the lifetime revenue generated from that user. Everybody can pretend that they’re strategic investors, but once they start spending more money to market a game than the money that comes in from that game, they’re going to bleed money. Many companies fear that their competitors will outspend them and shut them out of the marketing machine, leaving them behind in the dust. That fear drives them to spend more money. But it’s no good if the money simply shifts around users from one publisher to another.

This is just one hurdle that has to be overcome before mobile gaming revenue growth turns into a hockey stick. The platform owners like Apple and Google have to make it easier to be profitable on their platforms. Mobile nirvana won’t be so easy to reach. Young believes that the market doesn’t have to be perfect, just attractive enough to get the ball rolling. You don’t, he says, need an absurdly high number of daily active users to make good money from a mobile game.

Facebook games were supposed to be the next big market. For a handful of leading companies, that is true. Zynga, Electronic Arts, King.com, and Wooga are doing well in the space. But a stall in the market has slowed growth, and many of the smaller game developers are having a hard time making money on the social network. The question is whether it will keep on growing, since, as Blitzoo’s chief executive David Bezahler recently told us, Facebook is a great marketing platform, but it’s not a great monetization platform.

“Social games are slowing down, but mobile games are picking up,” said Peter Moore, chief operating officer at Electronic Arts, in an analyst call this week.

Mobile gaming might very well grow. But it could likely hit a wall, slow down,  see false starts, and create a bumpy path for game companies to follow. For those who are making big bets on mobile gaming, it might pay to be cautious, conservative, and nimble at the same time. Making money on mobile games is probably the best step toward mobile gaming nirvana.