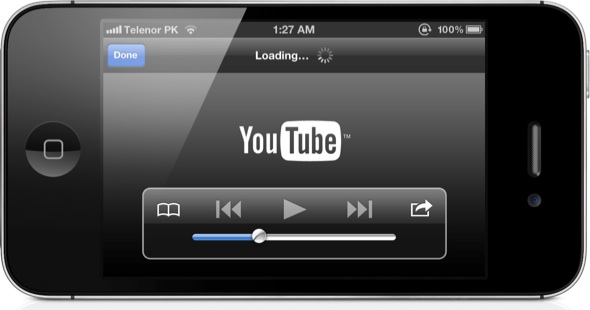 It’s not just Google Maps that’ll be missing from iOS 6: Apple confirmed today that its dropping its YouTube app from the new operating system, eventually replacing it with a new YouTube app from Google.

Early testers of iOS 6 noticed that the YouTube app had disappeared in the latest beta release of the OS, which was just released a few hours ago, 9to5Mac reports. Apple eventually offered the following statement to The Verge explaining the situation:

Our license to include the YouTube app in iOS has ended; customers can use YouTube in the Safari browser and Google is working on a new YouTube app to be on the App Store.

The news further hammers home how much Apple is separating itself from Google in iOS 6. When Apple first announced the new OS in June, one of the biggest changes was the removal of Google Maps in favor of Apple’s own map app, which features some nifty 3D capabilities.

It’s not too surprising to see Apple give up on its YouTube app, either — the app hasn’t seen many updates over the past few years, even though it was one of the key apps when the iPhone first appeared in 2007. Google also released an HTML5-powered YouTube web app that was far superior to Apple’s back in 2010.

When asked for comment, a Google spokesperson sent along the following statement, “We are working with Apple to ensure we have the best possible YouTube experience for iOS users.”