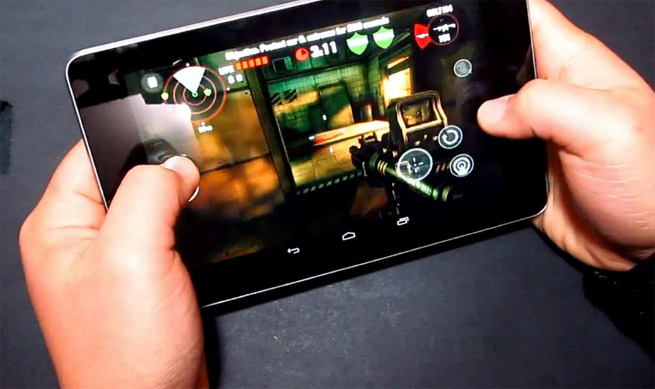 Now that you’ve had plenty of time to set up your email and calendar on your shiny new Nexus 7, the moment for gaming has arrived. Android’s Google Play does not feature the robust selection of high-quality games that the Apple’s iOS App Store does, but the market isn’t barren, either. We’ve sorted through the crud to bring you five great games that are optimized for your $200 tablet. If you want to search Google Play just for tablet-optimized applications, try the Tablified Market HD app. 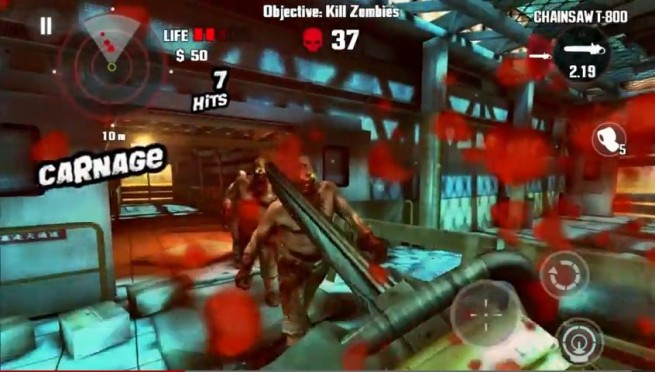 Violent first-person shooters aren’t just for consoles. Dead Trigger, from developer Madfinger Games, brings the blood, guns, and zombies to your 7-inch screen. Players have to survive a series of arenas that are overrun with the walking dead. Chain saws, automatic rifles, and other weapons are all at your disposal. It plays a lot like a slimmed-down version of the Nazi Zombie modes from the Treyarch-developed Call of Duty games.

Dead Trigger features amazing graphics that match any Xbox Live Arcade game in terms of quality. You can tell that Madfinger had a ton of fun with the Nexus 7’s quad-core Tegra 3 processor, as the game isn’t afraid to render gallons of blood splattering against your screen.

Be careful of the in-game transactions in this game, though. It’s based on the popular free-to-play model, which locks some of the coolest stuff behind a pay barrier. 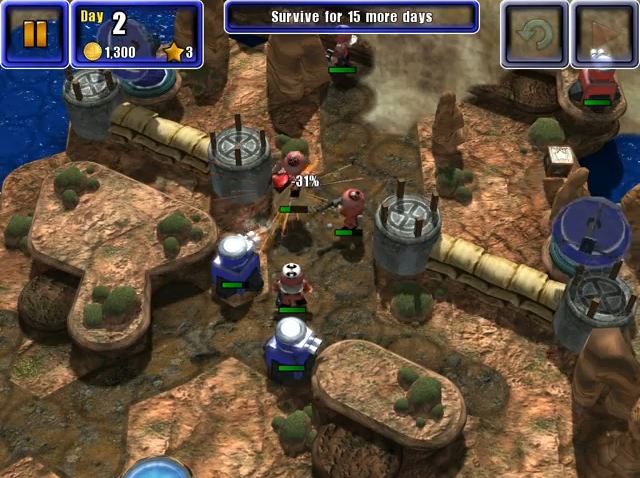 A big slab of screen real estate is the perfect medium for turn-based strategy games. Great Big War Game takes the beloved genre and adapts it admirably for a touch-screen format. In GBWG, players command troops in tactics-based battles. Different units have different powers. Snipers are great for long-range attacks, while tanks are best in direct-combat situations. Since the game waits for the player to take his turn, it’s a great portable game that you can pick up and play stress-free.

Studio Rubicon Development took a lot of its inspiration for this title from the celebrated Nintendo franchise Advance Wars. It operates on many of the same rules, except that the map tiles in GBWG are hexagons rather than squares. The developer even tries to mimic the comedic tone of the Advance Wars games.

Once you use up the game’s extensive campaign, give the multiplayer a shot. Both pass-and-play and asynchronous-online options are available. 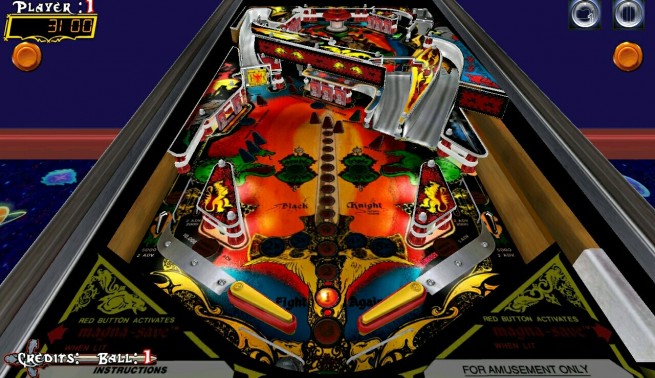 We’ve seen plenty of weird pinball games on every system over the years, but Pinball Arcade is all about preserving the greatest real-world tables. Developer Farsight Studios purchases the rights to real machines and then recreates them digitally, down to the most minute detail. The current lineup includes Tales of the Arabian Nights, Theatre of Magic, Black Hole, Ripley’s Believe It or Not, Creatures from the Black Lagoon, Black Knight, Monster Bash, Gorgar, Circus Voltaire, Funhouse, Medieval Madness, and The Machine: Bride of Pin*bot. A recent Kickstarter ensured that the studio will be able to acquire the rights to The Twilight Zone, which many consider the best pinball machine ever created.

While the app is free, most of the tables are only available as in-app purchases. Each month, the developer picks one unit that is free for everyone, but otherwise individual machines go for around $2.99 a piece or for $4.99 in packs of two. It can really add up, but it’s still cheaper than maintaining an actual table.

Here’s another title that won’t stress you out. Machinarium, from Hothead Games, is a touch-and-explore puzzle game with beautiful hand-drawn visuals and a rhythmic soundtrack. Adventure games have seen something of a resurgence over the past few years, and this is one of the best examples. It won a handful of awards as a 2009 PC release, and now as an Android game, it’s one of the best on the platform.

Riptide is a fun, pick-up-and-play racing game. It’s water-based physics work wonderfully with the gyroscope tilt controls. It also looks great with all the extra Tegra 3 bells and whistles turned on.

Other developers have tried to make the arcade-racing genre work on mobile devices, but studio Vector Unit came across the magic bullet when it decided to build its game around ludicrously fast jet skis. If you’ve ever tried playing a driving game with tilt controls on a phone or tablet, then you know it can feel like you’re never fully in control. So Vector Unit simply made the game about a vehicle that actually is difficult to control.

Tie Riptide in with your OpenFeint account (a service that tracks game stats across multiple titles) and see how your times measure up worldwide.