GamesBeat: So now, if you have to share the market on something like Facebook with all these other 3D games, what’s going to happen? If those console gamemakers move over, or they make some tablet-first games that become 3D games on Facebook, is there still an audience for all the Zynga stuff?

Veevaert: Well, I don’t think there’s a big crossover between Kixeye and Zynga right now. I really don’t. And he’s very clear about his business that these are the guys he’s going after.

GamesBeat: I think there’s one drawback to what they have so far. It seems like they’re trying to stretch the platform too far. They’re doing some of these before you can really do it synchronously the right way. They’re almost there. But I’m wondering, once they get there, will more people start liking those games?

Veevaert: I think there’s a lot our company knows about building games on the Facebook platform. I think in all that knowledge base — about what works from the social perspective — there are some amazing best practices and learned lessons about how connect games socially and how to have people play together socially. People are people, and people are really social beings. Xbox Live proved that in a big way. Core gamers love to talk to each other; they love to have a good time connecting. We have a lot of great skills in terms of how to connect people together and how to create content that motivates people to share their experiences with others. I’m not worried about a company like Kixeye creating core content because at the end of the day, it’s all about expanding this market. I mean, how big is the Facebook ecosphere? Is it 750 million people worldwide?

Veevaert: Something like that. And how big is the gameplay world, so to speak? The volume of people playing games?

GamesBeat: EA talks about how we’re going from 300 million gamers to 2 billion.

Veevaert: Yeah. I think they’re talking about mobile there. When you talk about mobile, it’s monumental: what happens to the new iPhone, the new iPad, and how tablets take off. See, it’s interesting. A lot of times, the competition for that core market added up to everybody going for the same guy. That same 25-to-34-year-old. Everybody was competing for that same guy. Here’s the next first-person shooter. Here’s the next real-time strategy game.

The market here is so wide open, it’s amazing. And we see how fast games can grow on the Zynga network. It’s incredible. Even a game like Slingo grew to 4 million relatively quickly. People were able to adopt it, play it, and have a great time. Now it’s a matter of how we keep those people engaged in playing those games. How do we create cadenced content that keeps them engaged over a longer period of time? That’s what it’s about. I think that for a lot of console companies getting into the space, there are a lot of lessons to be learned. It’s not a matter of just putting the game up and letting people play it. Facebook and the web culture in general indicate to people that content is going to be fresh and hot. You’re not going to get the same game every time you go back. Do you look for something different every time you go back and play a game? 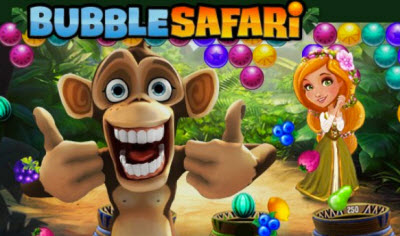 GamesBeat: How do you match your own goals to the company’s goals? You may want to do Halo on Facebook personally. I see the day where you could do that on this kind of platform and get hundreds of millions of people to play it. But in the meantime, you may have to do a clone game, or you may have to do another casino game or something. These may be games that, personally, designers don’t necessarily get excited about. How do you do that, and how do you inspire people to work on these things: games that are smaller than what you’ve done in the past?

Veevaert: I think a lot of people go through the same process I did. I assumed that game development and design was going to be really simplistic and rudimentary. Like, how complicated could this be? And even with a game like Ruby Blast or Slingo, we were shocked at the level of design: level to level, moment to moment, click to click. There’s a great deal of satisfaction in thinking about, “What do we get from that first two to three to four minutes of gameplay?” We never thought that way in the console world. We’d be saying, by level three, here’s where the player is going to be. We just assumed you were going to get to level three. We assumed you’d get here, move a bit forward, shoot, keep going, and you’d just get to level three.

Now we need to make sure you’re going to load the game. We’re working with you along the way. So design has to start with the first-time user experience. We spend a great deal of time even thinking about how we introduce the gameplay mechanics to you. There’s a great deal of satisfaction in watching the adoption and what we call the falloff rate. How fast do people fall off when they’re playing with the first-time user experience? The FTUE, we call it. How fast do they fall off, and how often do they stay engaged? And what happens when they start inviting their friends into the experience? It’s all based on design. A game designer likes to design game mechanics. When they get great feedback, and when they get validation and their decisions are working, that’s fun.

I’ll tell you, the greatest high-level console core designer will have the same satisfaction when they have an audience satisfied with their design. They get validated by that process. So I’m finding the same level of fun and satisfaction in a game like Ruby Blast as I would in bringing a game like Halo 3 and working on it level by level. It’s like a minuet versus a symphony. Both are complex. Both have a lot to offer. Both have a lot of richness and depth, and both have something for a different audience.

If I could go off on the slightest tangent, I saw this play in LA called 33 Variations. Jane Fonda was in it. It was really awesome because it was about this one waltz composer in the 1800s who did this silly little waltz, and he offered money to anybody who would be willing to compose variations on it. So several composers came up with variations on this very simple theme. What Beethoven found is that it almost possessed him. He couldn’t stop until he had created these 33 variations on this very rudimentary theme. What he found was this depth, where he could go to all these different levels. These simple variations on one basic theme became some of his greatest work, and that’s almost analogous to the surface of these games. There are these very complex structures underneath that are creating some level of satisfaction and validation through connecting people to their friends, improving relationships, and having this fun experience where the mechanic is no longer just about the point and click. It’s about the exchange that happens between friends: the collection, the sharing, and the building that happens in that process. That’s why this is amazing. I never did this on consoles. To me, that’s where that extra layer of satisfaction and fun gets built into it.

GamesBeat: A lot of games seem like they’ve been stretched out from one hour to 10 hours. Painfully sometimes, right? But how do you stretch out a game that has a story so that you play it for months?

Veevaert: I don’t know if you had an example in mind.

GamesBeat: More on the console side — something like Uncharted 3 definitely has a couple of people you want to take care of. By the end of that game, though, they’ve inserted a thousand other people that you had to shoot.

Veevaert: Yeah. You ever look at your counter at the end of the game? I looked at the end of Uncharted 2. What was it, 1,800 people? You never realize it, but the count was that high. Extraordinary. That was a lot of guys in black suits.

GamesBeat: They had this story, and they just stretched it out.

Veevaert: Yeah, they stretched it out and kept adding people that you had to take out. Well, the difference in what we do and what we think about it is a sense of progression. You can look at Bubble Safari, where you have this progression map. As you get through a level and you try something new, you see that you’re advancing through the map. What’s cool about that is you can keep adding to the narrative. As the player progresses through this map and gets to a new area, it’s possible to keep adding more territory to that map and allow people to have a means by which to progress further into the story. Then you can introduce new elements into that story, and it becomes something fun. You can add gameplay elements right onto the map itself, too. That’s where it changes. You’re no longer just moving around the board. You’re actually having gameplay moments take place on the map between your friends. You’re clicking and adding lives and energy. Some days you see that your friends have been blocked from advancing unless you help them advance. So there’s all kinds of ways you can think about adding support. There’s constantly new areas you can design. You can look at what stimulates great social interactions. That’s the part that’s fun. You might be playing on the phone, I’d be playing on the web, she’d be playing on the iPad, and all three of us could be adding to each other’s experiences, no matter where we are. That, to me, is awesome. You don’t have to be in front of the TV at 8 o’clock tonight. I can contribute to your gameplay experience today, wherever I’m traveling and wherever you’re traveling. I like the idea that we’re creating content that has a light narrative, and collectively we’re sharing and exploring the story together.