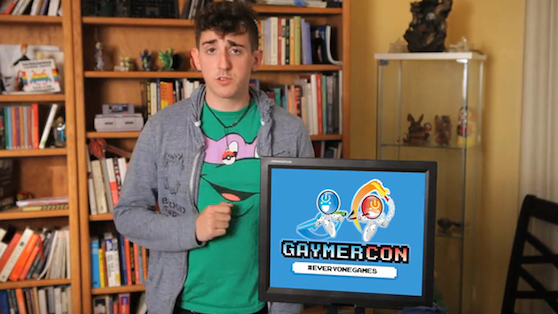 When the founders of the San Francisco-based GaymerCon came up with the idea of a gaming convention geared toward the Lesbian, Gay, Bisexual, and Transgender (LGBT) community, the goal was to create a safe place for geeks and gamers to gather. Everyone’s invited, so long as they’re cool with the gay community.

“When people say that this is causing a separation that didn’t exist before, I disagree with that because what we are trying to do is not [be] subtractive,” he said. “We’re not trying to say we’re better. Really, we’re trying to set up a safe space for this community to grow and flourish.”

After the Kickstarter project to fund the upcoming convention launched, people flooded multiple websites with comments accusing GaymerCon of creating a division that doesn’t need to exist. Since then, the campaign has already surpassed its proposed goal of $25,000. The event is scheduled for August 2013.

“I can see where people are coming from with their criticisms,” Conn said, arguing to the contrary. “This is a very, very open convention.”

While Conn feels that current conventions such as PAX are very accepting and supportive of the LGBT community, he believes there is still room for change in the gaming scene.

“I don’t think that this removes them from the greater community,” said Conn. “I think that just gives them an additional community that can be of interest.”

Conn says that he’s trying not to focus on the negativity. “I think that a lot of people are very well intentioned and are like, ‘Well, I treat gays as equal, so why does this need to be there? They are segregating themselves.’ It’s hard to explain if you’re on the outside. I would love to live in a world where this kind of convention would not be necessary, but we live in a world where there is still a very, very strong resentment toward the gay culture. We still need to fight for our community, and that’s what we are trying to do.”

While GaymerCon’s focus is on LGBT issues, Conn stresses that he doesn’t want it to be a political statement. To its organizers, GaymerCon is still a gaming event. It will feature video games and tabletop games, according to Conn. He just wants to give members of the LGBT community a place to enjoy what they want most: to be geeks, and themselves.