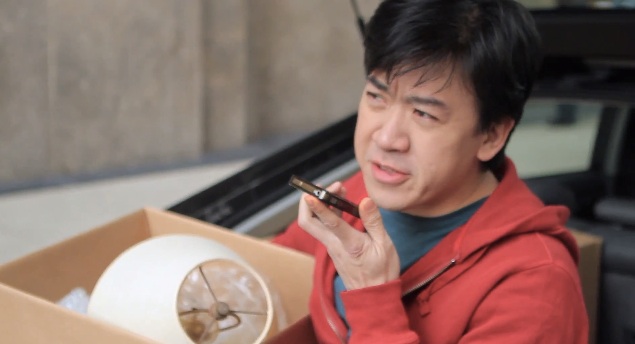 Even though Nuance’s desktop voice recognition software is getting a bit long in the tooth, the company clearly understands the potential for its technology in mobile devices, after powering Apple’s Siri and releasing useful apps of its own.

Today Nuance announced Nina, a collection of personal assistant technologies that will bring Siri-like functionality to customer service mobile apps for the likes of banks and insurance companies. Using a combination of voice biometrics, speech recognition, natural language recognition, and other Nuance tech, Nina will be able to recognize your voice and also step you through customer service options.

Naturally, Nina includes a software development kit for developers to tap into, and it comes with a pre-made virtual assistant persona. Developers can also customize the persona to their apps — allowing for a more intimate customer service experience than a traditional phone tree. Nina is powered by Nuance’s Virtual Assistant Cloud, which handles all of the heavy-duty processing for voice recognition (so it’s not entirely reliant on your device). The company claims that Nina is the first virtual assistant software to combine voice biometrics and voice recognition.

Nuance announced today that the USAA, which provides banking services to the U.S. military, has already signed up to use Nina in its app. The USAA will launch a pilot program featuring Nina in August, and all of its members will have access to the technology in early 2013.

Nuance is targeting Nina at large businesses instead of small indie developers. Businesses can sign up for Nina starting today.