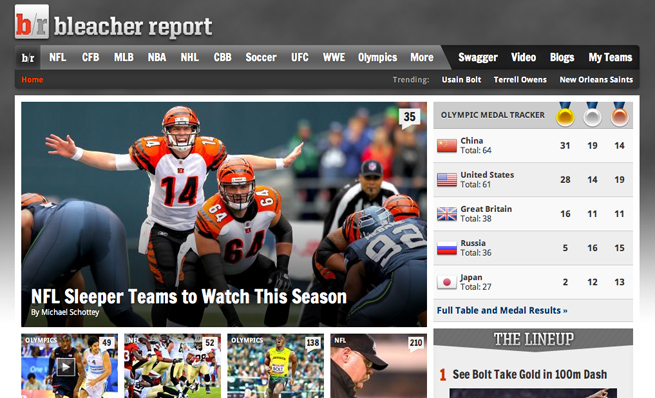 San Francisco-based Bleacher Report is the third most popular sports site on the web behind ESPN and Yahoo Sports. comScore reports say the site attracts 9 to 10 million unique users each month. It reportedly generates $30-40 million each year, an impressive number for its audience size.

The purchase will give Time Warner, owner of cable networks CNN, TBS, and TNT and manager of NBA.com and PGA.com, a strong sports presence on the web. Bleacher Report’s content could be spread out across Time Warner’s other properties as needed.

Bleacher Report has raised about $40 million in funding since it was founded in 2006. Investors include Oak Investment Partners, Crosslink Capital, and Hillsven Capital.