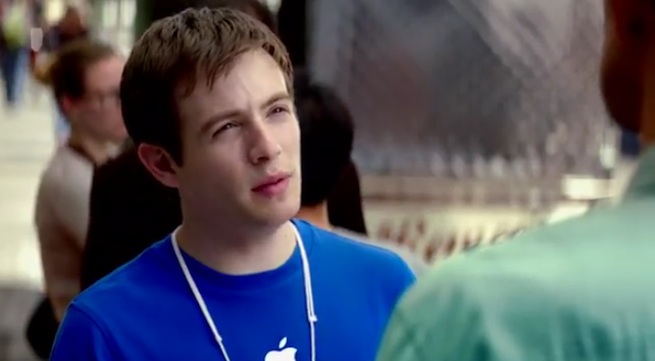 Apple decided to stop running its latest batch of mildly humorous television commercials today, barely a week after their debut.

Aside from painting the over-40 crowd of computer owners as completely inept, the new set of  TV spots attempted to highlight the usefulness of its Apple Store Genius Bar employees by demonstrating their vast knowledge of Apple products as well as the benefits of using them. That’s much different from the company’s typical outlook on advertisements, which allows the products to sell themselves by simply showing them off.

The three Genius commercials first appeared on television during the Olympics, and their quick demise was all part of the plan, according to Apple’s advertising agency TBWA/Media/Arts.

“The ads were intended only for a ‘first run’ during the Olympics, which meant just the first weekend of the Games,” a TBWA representative told Business Insider.

I’m not sure if that’s entirely true. We’re reaching out to Apple for further comment and will update this post with any new information.

Historically, Apple usually admits its mistakes by quietly brushing them aside. But that was the Apple under Steve Jobs — not under new CEO Tim Cook. Some have suggested that Jobs would have hated the Genius commercials because they contained customers, so it’s unlikely they’d even have been approved in the first place.

Regardless of why the cringeworthy advertisements got banished, the decision comes weeks before Apple’s rumored iPhone 5 announcement — meaning Apple will have something pretty to focus on in its next round of commercials.

We’ve embedded the commercials below via YouTube for anyone who is in the mood to cringe.