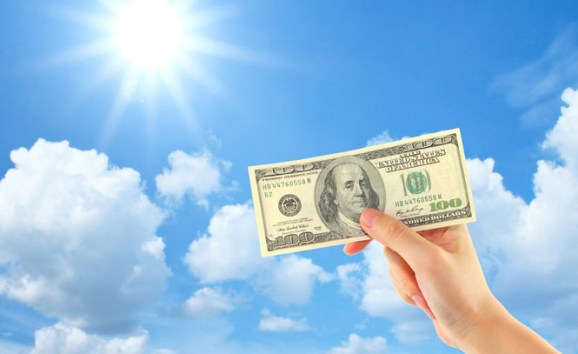 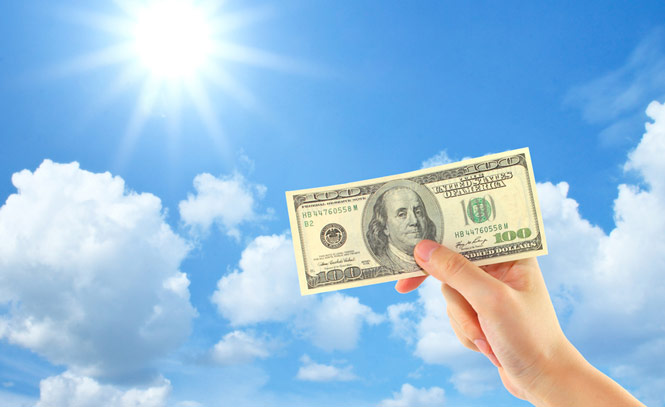 The cloud will save money, reduce costs, and improve efficiency. At least, that’s what top financial experts believe, according to Google.

Google recently commissioned a study with 800 CFOs and other top financial executives at companies with 500 or more employees in the U.S. and Europe. The results are a little startling, given the typical reputation of finance wonks as perhaps just a little behind the times, technologically speaking.

According to the study, conducted by Vanson Bourne, 96 percent of chief financial officers believe that “cloud computing provides their business with quantifiable benefits.” A similar 94 percent said that the cloud will be important to the success of their companies, and just over half believed that cloud computing “offers better value” than traditional outsourcing. 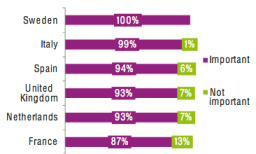 Above: Cloud computing: important to your biz success?

French and UK companies were particularly bullish on cloud.

A majority of executives in those countries said that the cloud offers increased flexibility, greater capacity, better scalability and — yes, these are finance geeks — the ability to move technology purchases from a capital expenditure budget, which must be amortized, to an operating expenditure budget, which offers more flexibility and less risk.

In the U.S., execs were confident that cloud technologies would help companies get more done.

And, even among CFOs who say their company has no current cloud computing plans, over three quarters believe that the technology is important to their business success. Business benefits that the executives cited included:

One little caveat: Google provides cloud-based services, such as Gmail, search (if you want to think of it that way), and Google Apps. The last page of the report, ominously titled “The Threat of Being Left Behind,” plays a little shamelessly on executives’ fears of missing the next big thing.

There’s no question: The report is a little self-serving. However, it’s probably also correct. 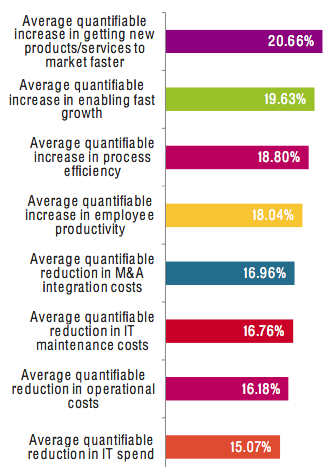 Above: CFOs: these are the benefits of the cloud