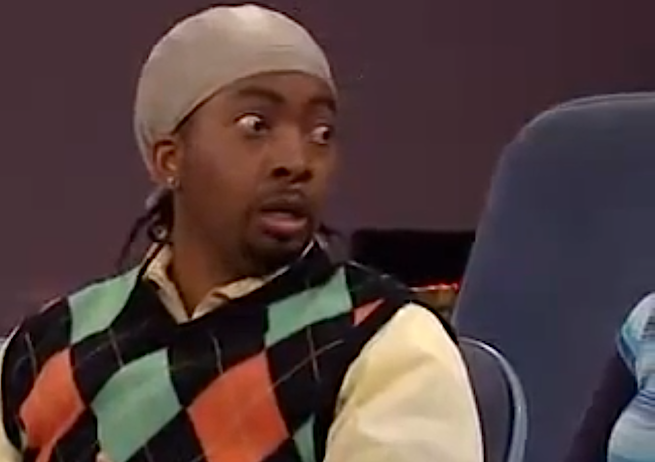 Burner is an app that gives you one-off numbers that go dark after you’re done using them, and it launched today. But what happens when these numbers are used by criminals? The privacy-focused company says it is ready to deal with illicit behavior and will comply with U.S. court orders.

“Burner is a very focused product around anonymity and privacy,” said Burner chief executive Greg Cohn in an interview with VentureBeat. “Part of the reason we’re doing this company is because we’re privacy advocates.”

Burner lets you buy a number to use for a certain amount of time before it’s “burned,” or goes inactive. Think of Craigslist transactions. You don’t want that guy who tried to sell you a crappy TV to have your real number sitting around. A Burner number allows you to cut off ties with that person quickly and keeps your identifying information out of their hands.

If you need more convincing, just think of the “Can I have yo number?” Mad TV sketch. Seriously, give that dude a Burner number. 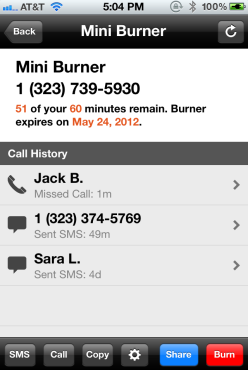 Burner avoids running out of numbers by recycling “burned” numbers after a quarantine period in which the activity on the number is watched. Once activity, such as incoming calls and texts, dies down and a certain period of time has passed, the number will be given out again to a new user.

The life of a number depends on how much money you pay for it, but it can be burned at any time.

While these numbers protect your privacy, they have obvious use cases in the criminal world. Drug deals, threatening phone calls, and other scenarios where the caller doesn’t want to be traced could be facilitated by an app like this, and the Burner team is well aware of this.

But what happens when law enforcement comes knocking on the door? This is a huge issue for companies who are bent on privacy but are suddenly being asked to hand over the identities of those using its service.

“Ultimately, what we expect to do [is] adhere to U.S. laws that are valid and court orders that are valid, but we will make sure that they are [valid],” Cohn said. “We are explicitly not going after a market in the vein of Tor or Wikileaks where there’s protection from the law.”

Recycling the numbers brings up another issue. If a phone number is used for criminal activity and is then reissued to an innocent person, Burner and law enforcement will have to decipher which person committed the crime and which person to leave alone. The company says it will not reveal its tactics but says it does have a plan in place for those scenarios.

The app is free on iOS, but the numbers are not. Users buy “credit packs” that range from three credits for $1.99 to 25 credits for $11.99. You can then use your credits to load various Burner “types” on your phone. For instance, three credits will get you the “Mini Burner,” or a number that expires after seven days. Eight credits will get your a Burner number that expires after 30 days.

Burner was founded in January.