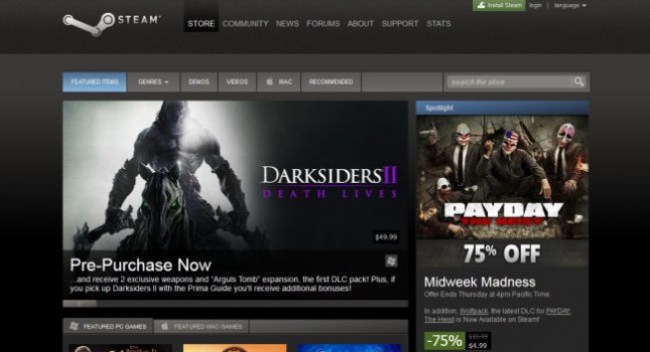 Valve, the creator of popular video game franchises such as Portal and Half-Life, will launch its first set of “Software” titles on the Steam digital download service early this September.

Along with Source, Steam is one of Valve’s leading technologies and a successful distribution service for game publishers and developers. Its user-friendly interface and frequent discounts make it a preferred online destination for many PC and Mac gamers.

The line of Software titles coming this fall will range from “creativity to productivity,” said Valve in a press release today, and will integrate Steamworks features such as easy installation and automatic updating. These titles will also take advantage of Steam Cloud, which gives users access to their files from any remote location.

“The 40 million gamers frequenting Steam are interested in more than playing games,” said Valve’s Mark Richardson. “They have told us they would like to have more of their software on Steam, so this expansion is in response to those customer requests.”

Following the launch on September 5, Valve will gradually add more Software titles. Developers are welcome to submit their own via the new Steam Greenlight, a program that will help the company choose which independent games to adopt based on community votes. It launches on August 30.

Presumably, when developers submit their Software titles for consideration, the Steam community will be able to rate them and provide feedback like they can with indie games. This process will give Valve a better idea of what should and should not appear on the service.