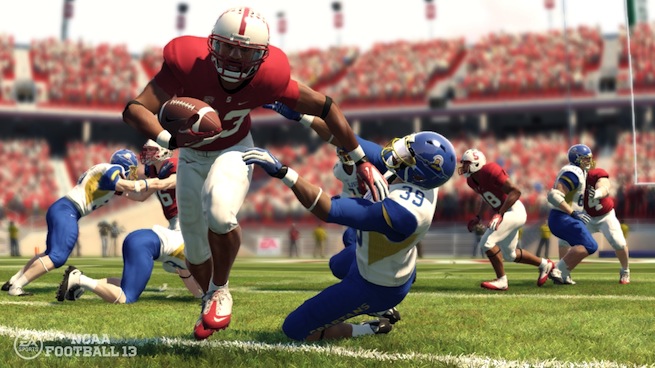 U.S. video game retail sales fell 20 percent in July, with total industry sales falling to $548.4 million from $686.3 million a year ago, according to consumer market research firm NPD Group. This reflects the continuing trend of gaming growth as a business, with the number of games sold through physical stores falling as consumers move to digital distribution.

Hardware sales are also down, with a 32 percent decline from last year’s $221.4 million to $150.7 million. Video game software sales are down 23 percent, to $260.7 million from $338.5 million a year ago. Only Nintendo’s handheld consoles showed any positive movement, though Microsoft did sell the most home consoles, with gamers grabbing 203,000 Xbox 360s in July.

The poor overall performance in July was a little better than in June, when sales fell 29 percent, and May, when sales fell 28 percent when compared to a year ago. NPD says that the total spending on games — when adding digital sales and used games, rentals, and subscriptions — was more like $1.36 billion in the month of June, compared to $1.17 billion in May.

“In the second quarter of this year, sales of content in a digital format have grown 17 percent over Q2 2011,” said Frazier. “While this growth is in stark contrast to the declines in new physical software and hardware sales, the size of digital sales is not quite large enough to offset these declines, leading to an overall drop in consumer spending in Q2 by 16 percent.”

NPD is working with video game research company EEDAR to try to come up with more accurate numbers for global digital and physical game sales.

The top game of July is NCAA Football 13 (pictured) for Xbox 360 and PlayStation 3. Warner Bros.’s Lego Batman 2: DC Super Heroes, available for multiple platforms, is the No. 2-selling game of the month, down from its top spot last month in June. The third-best seller is The Amazing Spider-Man from Activision Blizzard, also for multiple platforms, up from last month’s 10th spot.