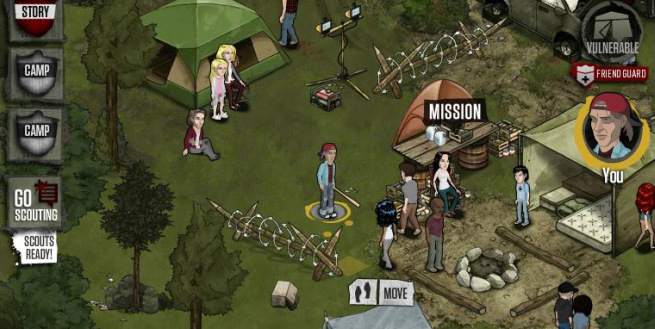 Based on the AMC TV series, the game allows you to step into Robert Kirkman’s bleak, zombie-filled world alongside characters like Shane, Lori, and Carl. A mix of strategy and survival-horror, The Walking Dead’s story-based missions involve combat, stealth, and item gathering as you search for supplies and weapons to use against the walkers. The game also features a stat-leveling system that allows you to customize the skill set of both your character and squad.

“Gamers are ready for a more robust gameplay experience on Facebook,” said Josh Grant, the senior vice president and general manager of Studio Partners at RockYou. “We’re bringing a thrilling survival-horror game experience to a more social platform that both longtime gamers and fans new to the gaming space can enjoy.”