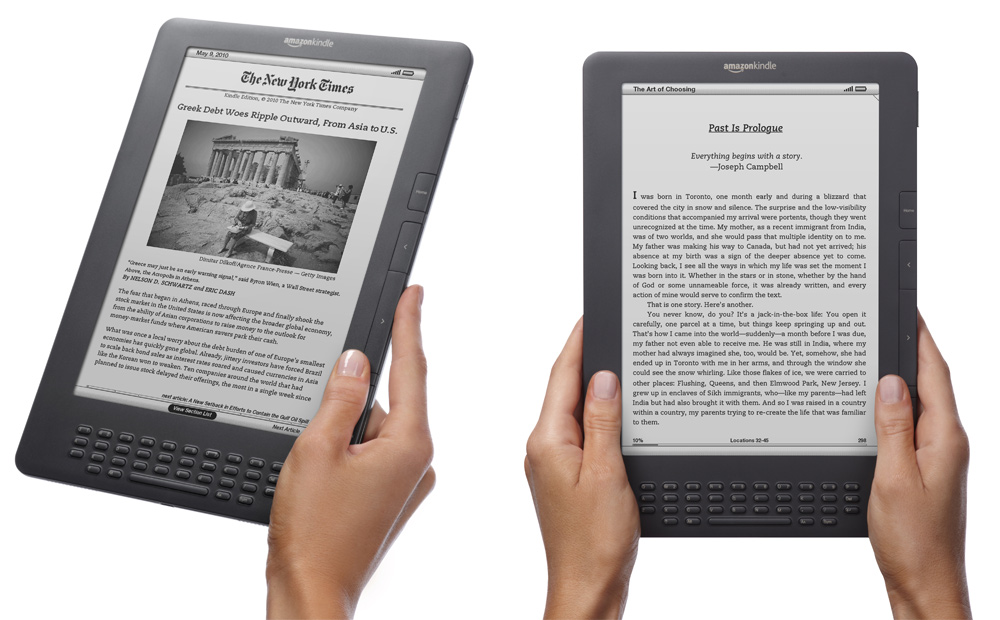 Amazon has just dropped the price for a Kindle to $269 in a fire-sale “deal of the day.’ Some folks, including us, are taking this as a sign that a new Kindle is on the way.

The usual list price for the Kindle DX, Amazon’s big ol’ 9.7-inch e-ink reader, is $379. Unfortunately, in a world replete with seven-inch e-readers and 10-inch tablets, the Kindle DX was a bit too large to fit in with its own kind and a bit too bare-bones in its feature set and applications to fit in with devices of the same size.

We have also been hearing rumors that Amazon is getting ready to roll out a 10-inch Kindle Fire. Fire is the company’s entry into the world of high-powered, full-featured Android tablets, and it’s been selling like crazy since its launch. With other 10-inch competitors on the market from companies like Samsung, Asus, Sony, and (of course) Apple, it makes total sense for Amazon to kick the Fire’s screen size up a notch.

In fact, the wee, seven-inch model has already played a big role in taking a bite out of Apple’s share of the tablet market. Overall, Android tablets gained 10 percent market share from Q4 2010 to Q4 2011 and now represent 39 percent of the overall tablet market; and Fire, which was first announced just last September already represents 35.7 percent of total Android tablet application sessions.

As revealed in one of Amazon’s recent quarterly earnings calls, the Fire tablet is still Amazon’s best-selling, most gifted, and most wished for product, as it’s been since the day it launched.