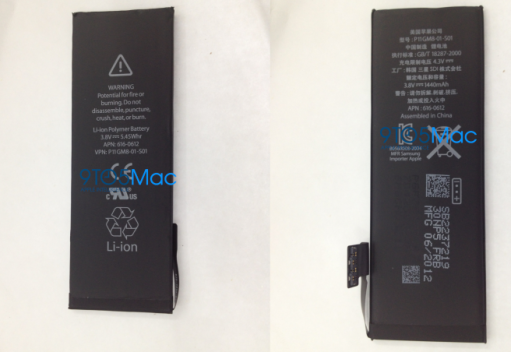 There’s never a dull day in the world of iPhone component rumors.

The latest leak comes from 9to5Mac, which has published what it says is the battery for Apple’s next iPhone. While it’s physically identical to the current iPhone battery, it does feature a 1440 mAh battery, a slight bump up from the 1430 mAh batteries currently in use.

But there’s one problem if this battery turns out being legit: It’s not nearly big enough.

Right now, an LTE-ready iPhone 5 is basically a sure thing, which means that this battery can’t possibly belong to it. LTE, the next-generation of high-speed network connectivity, is a notorious battery hog, which is why manufacturers have been forced to give LTE phones hefty batteries to compensate.

For example, consider recent LTE phones like the HTC EVO 4G LTE and Droid Razr Maxx, which feature 2,000 mAh and 3,300 mAh batteries, respectively. In order for the next iPhone to offer any semblance of respectable battery life, it’s going to have to feature a battery with a similar capacity.

While there is a slight chance that the iPhone 5 will be optimized for better power consumption, it’s going to be tough for even Apple to tame the battery-draining beast that is LTE.

So, there are two possibilities: Either we will see a much more sizable battery in the next iPhone, or Apple is going to have to bundle Mophie battery cases with every device. Guess which one is more likely.