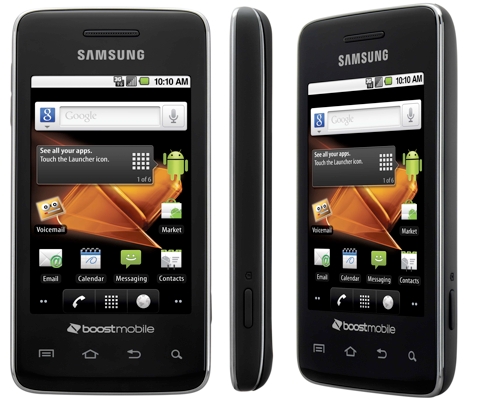 What’s Samsung’s best-selling phone in the US? Hint: It’s not one of the company’s flagship Galaxy S smartphones.

The Apple v. Samsung trial continues to reveal juicy details about both companies, with the latest public court filing breaking down just how many phones they sold over the past two years, AllThingsD first reported.

The biggest surprise? Samsung’s most popular phone in America has been the Galaxy Prevail, a mid-level phone on prepaid provider Boost Mobile. Samsung sold 2.25 million units of the Galaxy Prevail out of a total 21.21 million phones sold between June 2010 and June 2012, the filing shows.

In second place for Samsung was the Epic 4G on Sprint, which sold 1.89 million units and was also its biggest revenue generator, bringing in $855 million. The company sold 4.1 million of its Galaxy S II models in total.

The Galaxy Prevail’s success shouldn’t be that surprising: It’s Samsung’s cheapest mid-range smartphone, and since it’s on the prepaid carrier Boost Mobile, it doesn’t come with the same hefty monthly fees as contracted smartphones. The Prevail may be unsexy, but it’s a damn good deal for consumers.

The same documents also bring up questions about Samsung’s reported table sales, Fortune’s Philip Elmer-Dewitt points out. While Samsung boasted that it sold more than 2 million Galaxy Tabs in early 2011, the filing shows that the company sold only 262,000 tablets in the U.S. during the fourth quarter of 2010 and 77,000 during the first quarter of 2011. Those numbers don’t include overseas sales, but even counting those, Samsung’s numbers seem a bit inflated.

The filing unfortunately doesn’t break down Apple’s device sales beyond iPhone, iPod Touch, and iPad. Apple sold 85 million iPhones during the period (worth $50 billion in revenue) and 34 million iPads ($19 billion in revenue). The iPod Touch is no slouch either, with 46 million units sold earning $1o.3 billion.

Check out the court filing below (via CNet):