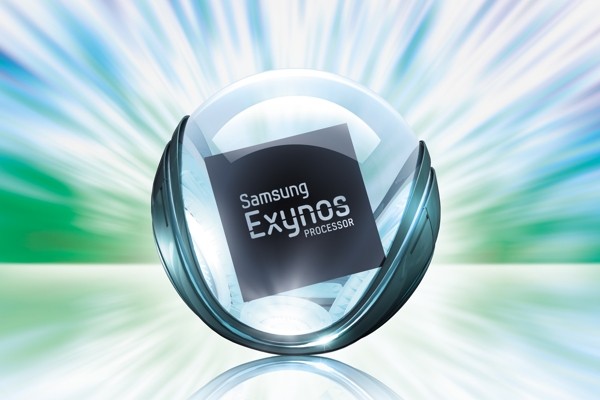 The mobile chip wars continue to be far more exciting than battles for the desktop side of the market: Samsung last night unveiled the Exynos 5 Dual, which has the distinction of being the world’s first chip using ARM’s Cortex A15 architecture.

Even though it’s a dual-core chip, the Exynos 5 Dual will be superior to Samsung’s Exynos 4 Quad chip, which is currently found in international Galaxy S III models. The Exynos 5 (obviously) promises faster speeds, running at 1.7 gigahertz with ARM’s quad-core Mali T-604 graphics processor. It will compete with the Snapdragon S4 chips currently tearing up benchmarks on newer Android devices.

The Exynos 5 Dual also sports USB 3.0 and SATA III controllers, so it’s well equipped to move data quickly. While I don’t think you’ll ever be hooking up your smartphone or tablet to a SATA connector (meant for storage-heavy products like hard drives), the addition of USB 3.0 should speed up device synchronization.

The chip also supports Wi-Fi Display technology, which will allow you to wirelessly stream media from your phone to a supported TV. To do that now, Android manufacturers like HTC and Samsung have accessories that plug into your TV and only work with their phones. Apple’s spin on media streaming is Airplay, which lets you push media from your Apple devices to an Apple TV.

Wi-Fi Display isn’t widely supported yet, but as it shows up on hardware like the Exynos 5 Dual, it has the potential to be a legitimate cross-platform solution for media streaming to your TV.

Thanks to the ARM Mali T-604 GPU, the Exynos 5 supports huge resolutions up to 2,560 by 1,600 (that’s far beyond the standard for 1080p HDTVs), and stereoscopic 3D. The GPU also has DirectX 11 support, which means the Exynos could power light gaming on Windows 8 machines.

Samsung hasn’t yet announced any products using the Exynos 5 Dual, but it’s expected to be the brains for the upcoming Galaxy Tab 11.6. You can also expect a quad-core version of the Exynos 5 next year, based on Samsung’s past release schedules.

Judging from what we’re seeing so far, the Exynos 5 is the chip to look for when you’re shopping for a new smartphone or tablet later this year.