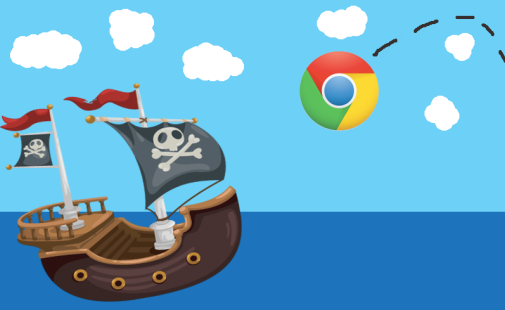 Google’s waters are about to become a bit more unfriendly to pirates.

The search giant announced today that it’s tweaking its algorithm to reflect a new variable: copyright takedown notices. Now, if Google notices that a website has been a big copyright offender, the site could get bumped down in Google search results.

Google gets a lot of requests from Hollywood and the record industry to remove copyright-infringing content from its search listings. According to Google vice president Amit Singhal, the company received 4.3 million notices in the last month alone — so copyright holders are clearly stepping up their game.

Google, however, would rather do things its own way, which is why the company is making this shift in its most important product.

While the move is sure to have an effect on piracy, Google’s focus isn’t on pirates at all. The company says the more important result is that users get the information they want quicker and with less fuss. Clamping down on piracy, it says, is just a side effect of that.

The move will also make it harder for copyright holders to argue that Google isn’t doing enough to target the bad guys, which certainly helps things as well. In a statement to AllThingsD, Recording Industry Association of America CEO Cary Sherman praised the decision, calling it “an important step in the right direction.”