VB: Is the 3D display, which is coming in the future, going to be similar to the Nintendo 3DS?

JB: In concept, yes, as far as what the experience is. But going from a smaller screen to a screen that is much larger for that kind of experience is quite exciting.

VB: That makes sense, since the 3D effect is based on the distance from the display and the relative size of it. Let’s talk a bit about the current model; you’re making the tablet and the controller, and they’re selling together, or separately? 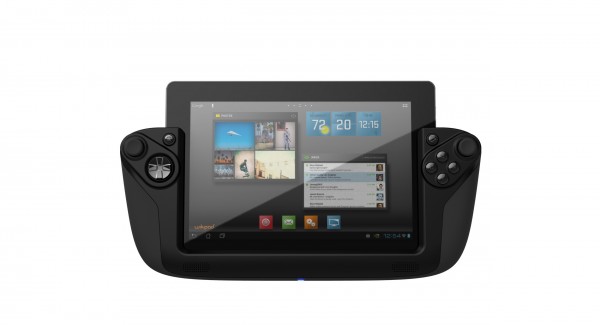 VB: But why make both? Why not just make a controller that works with any tablet?

Fraser Townley: Because, strategically, we’ve developed the tablet and controller in conjunction so that they work together. We’re not an accessory company, we’re a tablet company, and we’re making a console tablet. Down the line there may be other accessories that we make for the tablet.

JB: It’s a unique differentiator for us, and we’ve built patents around the concept as well, so it’s a distinct advantage we have in the market compared to other tablets.

VB: But do you have plans to build other types of controllers at this point, or is that way down the line?

JB: We have other products in the mix, but it’s too early to enable others at this point. 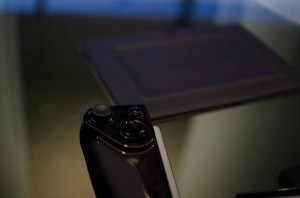 VB: Okay, what other things could it be used for?

VB: Obviously this isn’t the final build, but do you plan on having the Wikipad and controller as a single piece, or two separate pieces?

JB: A tremendous number of people buy tablets for work, or for school, or for other purposes like reading, or for whatever it may be, who want to use it for playing games as well. And they’re able to play these games, and most of them are casual games. But we’re finding that it’s a limiting experience when they’re using touch. Adding this as an accessory still enables people to carry it around in a light thin case and do their normal business and work hard; then when they come home they simply attach the controller, which allows them to play hard. That’s actually one of our tag lines: work hard, play hard. So it really enables a modular experience, where they can use the tablet for everything they would like to use it for, plus a higher-end gaming experience. Not everyone is going to want to have a game controller attached when they’re giving a board room presentation. 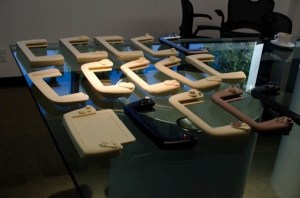 VB: We spoke earlier about the controller, how it has a number of layers for stability and firmness and a rather large cavity. Will there be a battery pack in the controller?

FT: We have plans for it on the roadmap, because there is space within the cavities. It won’t be available at launch, but we will have one as a later accessory. But in both models, you can connect the controller directly to a power connector [so the Wikipad can charge while playing games].

VB: And is there a speaker grill?

FT: It is a speaker grill. We’re using sound boards. So we’ve got stereo speakers on the back of the tablet, and the sound ports come through and push out…

VB: So you have it funneling through so the acoustics bounce off the inside and push out the front of the grill?

JB: It also reduces the weight of the controller.

VB: And if it’s done right, it will actually amplify the sound coming from the stereo speakers as well.

FT: A unique function of the product. That lip (pointing to the plastic lip square on the back of the Wikipad) was designed for … you wouldn’t do that with an iPad. It’s ergonomically comfortable to grip, in portrait, landscape, right handed, left handed, it doesn’t matter. It also acts as a guide for setting [the controller] up. It also lifts the tablet off a hard surface and amplifies the sound.

VB: So the sound actually bounces off instead of being muffled by a desk or table like most tablets or smartphones.

JB: That’s one of the reasons we designed it the way we did, so people would be comfortable holding it no matter what they’re doing, whether they’re reading or playing or if it’s just on a table.

Townley plays a song to show the quality of sound off a table.

See? It actually sounds better on a flat surface than holding it up in the air. 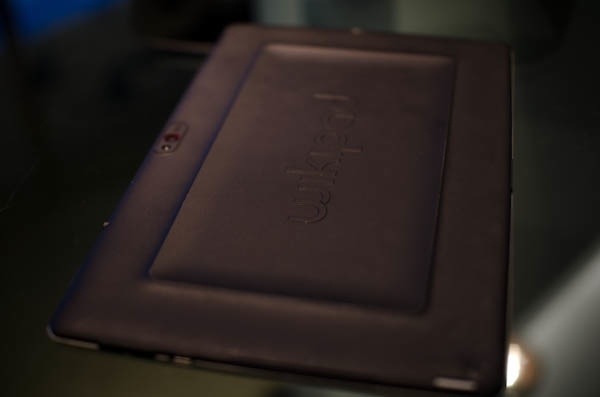 VB: There are a few products I know of that do that, like the Razer Mako speakers. It also means that the audio will sound differently depending on the surface, which is both a good and a bad thing, but in either case users will hear it. The few smartphones I’ve seen using this sort of technology haven’t implemented it well, though it’s a brilliant idea. Let’s jump back to 3D for a second. When the Wikipad was first revealed, it had 3D, and now it doesn’t. Can you talk a bit about that?

JB: When we were designing it, we had the ability to come out with the 3D screen in [the 7″ tablet] format as a concept, which worked great. When we decided to shift gears and move to the NVIDIA platform and create one of the best tablets we could…shifting those gears and going from [January] CES and going to this whole new platform…there hasn’t been enough time to completely develop a new platform to stereoscopic 3D. So it is in the works, and it will be in the future, but right now hitting the right price points and everything to where the market is today, you know, we just made the decision to launch with the 2D version.

Going from this [pointing to the original 7″ tablet design] to the thinnest, lightest, and one of the best tablets and the market with the time to get it to market didn’t enable us to include stereo as well. But we’ll get there.

TF: We asked [retailers], if we had to lose something, what would it be? And it was unanimous. The retailers were interested in stocking our product, a 3D product with a console controller. And when we asked the question ‘okay, something’s gotta give,’ 3D was unanimous. Keep the controller.

VB: What about the price? Back at CES the Wikipad was announced to ship for $250. Has the price changed?

TF: Yes, $250 was for an 8″ product, coming out of China with an AM-Logic ARM processor, single-core. So we’ve stepped up with this product. First of all, the componentry in here are at a much higher standard, a much higher level.

JB: And we’ve moved up to all mobile phone components. And this is an IPS screen. The original display didn’t have IPS, and that adds a significant cost. We’re not officially announcing the retail price yet. We’re going to leave that up to our retailers to make those official announcements.