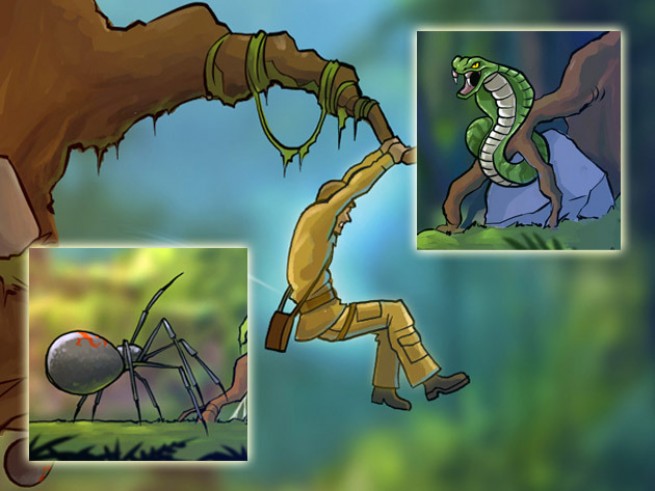 It’s been 30 years since David Crane and Activision released the action-platformer Pitfall! for the Atari 2600. Now seems like the perfect time for a series revival. Only Crane left the company long ago, and Activision is more concerned with pumping out highly profitable, yearly sequels than resurrecting ancient Atari games.

In addition to the traditional Kickstarter rewards (like digital copies of the game and soundtrack), backers will also have a say in the game’s development. Everyone who contributes $15 or more will get to vote on “key features of the game,” according to the official website.

Pitfall! was a marked technical achievement for the humble Atari 2600. Crane developed a way for the console to display a sprite without the ugly flickering that plagued other games on the system. As a result, the vine-swinging, crocodile-hopping platformer was one of the most successful releases of that era.

After a stint with Absolute Entertainment, where he designed A Boy and His Blob and several licensed games based on The Simpsons, Crane moved on to program the cult-classic, full-motion-video title Night Trap for the Sega CD.

Crane currently works as the chief technical officer at Skyworks Interactive, which has developed several iOS and Android games.

David Crane’s Jungle Adventure is slated for release on PC and Mac.