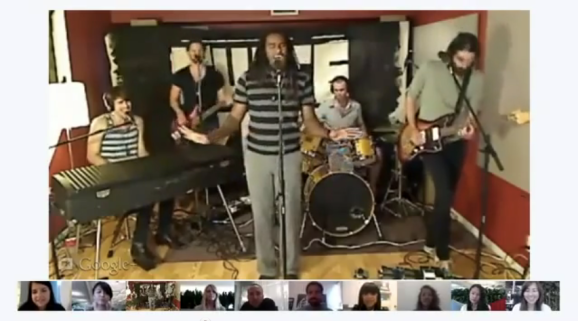 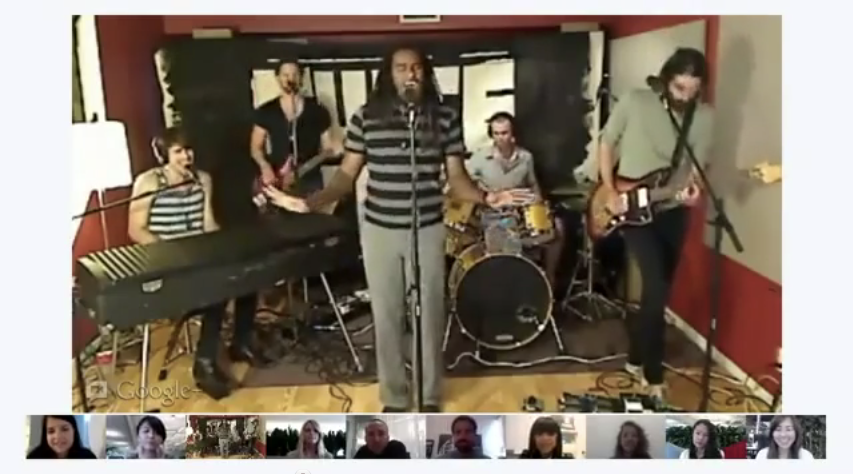 Music over online conference lines or video-conferencing software mostly sucks — because the conferencing world is optimized for voice, not song.

Google’s trying to change that — and bolster its social network, Google+ — by adding Studio Mode to Hangouts on Air. Studio Mode is a special treat for audiophiles … and bands that want to connect with fans.

Call it the MySpace gambit: If we bring the bands, the fans will follow.

Studio Mode enables higher quality audio: optimized for music rather than voice. I tried it, and the difference is clearly audible — but only if you wear headphones. On my default laptop speakers, playing a Studio Mode optimized video sounded just the same as a Voice optimized video.

Test it for yourself:

With Hangouts on Air and now Studio Mode, Google+ is continuing to carve out a niche focused on the interest graph rather than the social graph. The upstart social network has already put a great deal of energy into the creative niche, attempting to become the new best place to share photos online. Google+, already strong in technology, and tech news, has also moved into sports, email, even parties.

Google believes the new technology will be great for the growing music niche on Google+. A representative told VentureBeat that musicians form one of the strongest communities on Google+ so far. And fans are following:

People are growing a global fan base by the thousands (and some, even millions), and it’s becoming a great place for musicians to connect, collaborate and even encourage one another.

With the friends-and-family social niche seemingly all sewn up by Facebook, this is a smart competitive move.

Hangouts began life on the Google+ social network as live video chat between friends and graduated to a broadcasting tool for select users late last year. In May, Google opened up the ability to for anyone to broadcast video to any group of people.