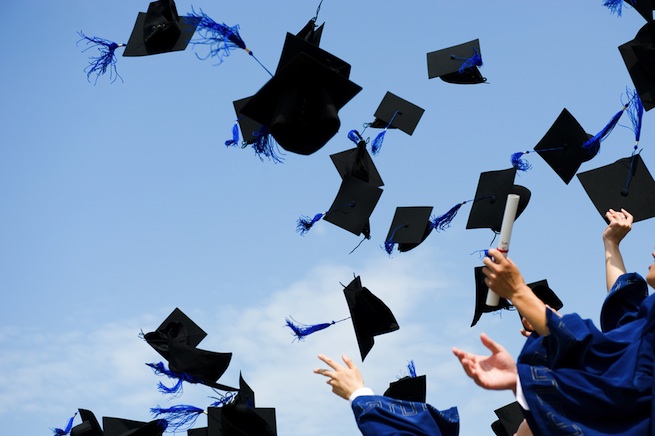 The startup AfterCollege is relaunching with a new matching algorithm to help seniors at 2,300 colleges and universities find the perfect entry-level job or internship. The company claims its technology was developed for graduating students to stand out in this fiercely competitive job market.

The new website is far more technical than the original, which was a simple online job board for college students that competed with sites like Indeed and CollegeBuilder. With its relaunch, the site is rebranding itself as a “LinkedIn for college students,” and users are encouraged to build out their professional profiles.

AfterCollege has a tough road ahead if it aims to take on LinkedIn and career networking startups like BranchOut that have spent years developing a presence at college campuses and marketing to students.

Most interesting is the built-in job search tools (a resume and cover-letter builder) and the patented-machine learning technology that matches seniors and recent grads with opportunities, based on their skill-sets, personal and academic interests.

The algorithm works by inputting a user’s academic affiliations (school, educational program, department, groups) and searching the database for relevant opportunities. AfterCollege has been around since 1999 and has been used by 3 million students, so it has access to a wealth of insider information.

For instance, the algorithm would know if the computer science department at San Francisco State has a different focus than the program at Stanford University. At Stanford, Human Computer Interaction (HCI) might be a strong interest for many students, while at SF State, students are skilled at Java or social applications — useful information for engineering recruiters and tech companies.

“The algorithm is also smart enough to distinguish between different programs that may be perceived to be similar,” explained AfterCollege CEO and founder Roberto Angulo. He started the company as a junior at Stanford. In 13 years, AfterCollege has connected students with some half a million jobs and internships.

AfterCollege also optimizes chances for student applicants as they can view jobs that graduates with similar skill-sets have succeeded in landing.

It’s appealing to employers and recruiters, who have a tough time sorting through the vast pile of resumes that land in their inbox. It’s not easy to discern which students are best-suited to a role, given that most resumes are cut and paste jobs of a standard template provided by college counselors.

Startups like Seelio, a new competitor on the block that launched this month, are also tackling this problem. Instead of academic specialities, Seelio’s founders argue that after-school activities and personality traits are the strongest indicators of a student’s suitability for a position.

AfterCollege’s algorithm is a useful tool for employers, who fear they’ll miss out on the best candidates. No doubt, this will be a major money-making opportunity for AfterCollege; the site will likely begin selling targeted advertising to employers.

The startup raised its most recent round of funding in 2011, a sub-million-dollar sum from Flywheel Ventures.