Aiming to deal with rising marketing costs and expand its reach into other media, mobile gaming firm SkyVu Entertainment has raised an undisclosed amount of money from Lightbank-led venture investors. 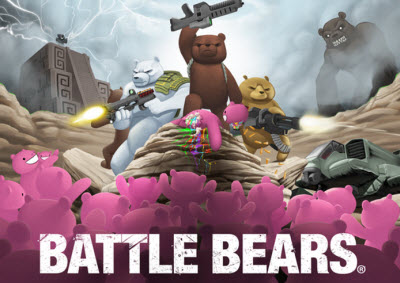 The game company has become famous over the past four years for its Battle Bears series of games, which have been downloaded more than 18 million times, mostly on iOS (iPad, iPhone, and iPod Touch). The series of tough-talking cute bears — great for young boys stealing time on their parents’ iPhones — has enabled SkyVu to rise up from the sea of iPhone game developers, graduating from garage startup to a real business with 22 employees and millions of dollars in annual revenue. The funding fits with the trend of the year, in which a third of all new funding for game companies is going into mobile game startups, according to investment bank Digi-Capital.

“With Battle Bears, we’ve won over a young male audience that loves hardcore gameplay,” said Ben Vu, the chief executive of SkyVu, in an interview with GamesBeat. “People tell us that they love the way the characters scream and laugh at each other. We’re taking the brand to more people by putting our full force into marketing and user acquisition.”

In addition to Chicago-based Lightbank, investors in the deal include Nextview Ventures, Great Oaks Venture Capital, Michael Chang (the former CEO of Greystripe), and the Nebraska Angels.

Last month, Vu said he was “freaking out” about the “rising cost of user acquisition” at our GamesBeat 2012 conference. As a panelist, he said it was scary to think about how aggressive game marketers were driving up the cost of advertising games to new users on the iPhone. But now he presumably has enough money to pay for those rising user acquisition costs. Paul Lee, a partner at Lightbank, read the article, and at the urging of acquaintances, he set up a meeting with Vu, whose company is based in Omaha, Neb. The money is the first round of institutional funding for SkyVu. He liked how the Battle Bears franchise could be made into a TV show or movie.

“We looked at 50 or 60 opportunities,” said Lee. “The transmedia aspect of this business was unique.” 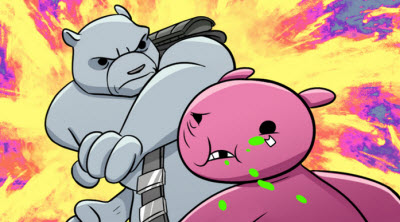 Lee is joining SkyVu’s board. In his former role at NBCUniversal’s Peacock Equity Fund, Lee led investments in gaming firms such as Greystripe, Bigpoint, and Trion Worlds. Lee Hower, partner at NextView, will join the SkyVu board as an observer.

Vu said the company is profitable and is generating millions of dollars in annual revenue. The proceeds, he said, will be used to increase marketing and customer acquisition spending so the business can scale up. The company will also open a satellite office in the San Francisco Bay area. Vu still views the company’s base in Omaha as an advantage, since his employees can focus more on what they’re doing with fewer distractions compared to other cities. His firm is also picking up a lot of programming and art talent from the local university.

Vu was previously an animator in Hollywood, working on films such as Coraline. He started SkyVu in 2009, hoping to create games with animated characters that would resonate with fans. Battle Bears was an instant hit when it debuted in August 2009 as a paid iOS game. It made a critical transition to free-to-play last year, allowing users to play for free and pay real money for virtual goods. The game is distinct in that the game studio creates its own full cartoon animations in between game levels. The average time spent in the game is 15.5 minutes per session, more than the typical iOS game. And monetization is three times as high as the average revenue per paying user.

Now Vu is excited about taking game characters and transferring them into other media such as films. The potential for that kind of “transmedia” property with Battle Bears is one reason that Lee got excited about the investment in SkyVu. 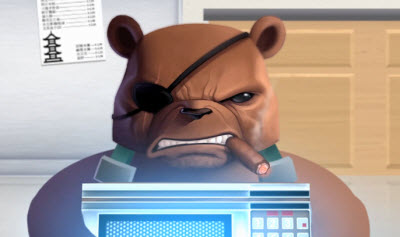 “We think of Battle Bears as a brand, and we have been pushing SkyVu as more than a mobile gaming company,” said Vu.

Vu said the company is working on a brand new intellectual property, as well. SkyVu will also make a bigger push into Android games and enable iOS players to fight Android players in real time.

While the new funding will help SkyVu compete with the big boys, it still doesn’t have the marketing budget to fight with big entertainment companies such as Disney, Zynga, or Electronic Arts. Vu remains concerned that Japanese titans such as Gree and DeNA are spending a lot of money on user acquisition in the U.S. On the other hand, Vu said the company is teaming up with ad network Tapjoy, and it will use Gree’s social mobile gaming platform to help monetize and spread the word about its games. SkyVu’s next game, Battle Bear Zero, debuts in September.

“It will take more marketing muscle to reach the masses,” said Vu.