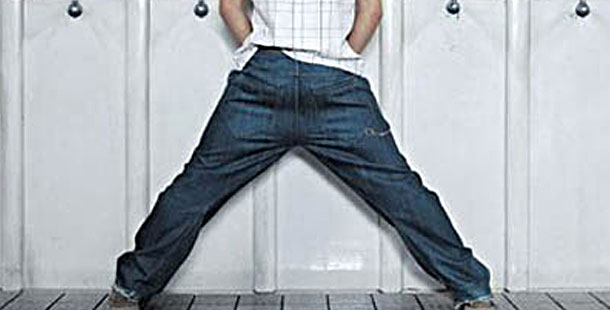 We may have spoken too soon about Kevin Rose reaching a certain level of maturity*. On Medium, the latest product from Twitter founders Biz Stone and Evan Williams, Rose has broken the seal** with an inaugural post about peeing. Peeing with Al Gore, but still — peeing.

Medium is a blogging platform of sorts. It comes from Obvious Corp., the app shop where Stone and Williams are busy rolling out products for the social, web-connected masses.

Williams, who was one of the brains behind Blogger, explains in his own, non-pee-related inaugural post that the Obvs team wanted to “reimagine publishing in an attempt to make an evolutionary leap.” The result is reminiscent of Posterous at first glance, but Williams hints at some bells and whistles that might distinguish Medium as a new kind of product.

For example, your Medium posts will get grouped into collections around similar themes. Different themes have different UIs. Here’s a pretty one for displaying image-focused posts. And a less flashy one for introducing collections of text-based posts.

Medium isn’t quite an evolutionary leap, but it is an incremental nudge in the right direction. It mashes up a lot of the interfaces and interactions people love in popular services like Twitter, Pinterest, and Flipboard with publishing capabilities like the ones on Facebook and WordPress, all wrapped in an audience-grabbing network that amy end up being something like Tumblr, where content is collected around themes and tags rather than silos of personality cults.

The big question is, does the Internet have room for one more publishing platform? And if it does, is Medium the lucky one out of a sea of competing products? Time will tell; until it does, we wish Biz, Ev, Obvs, and Medium the best of luck.